Talk about a match made in heaven …. On a hunting trip to Wyoming, Stuart Phillips first caught wind of the 14,000-acre Moriah Ranch. A generic description of the Moriah would list it in the rolling foothills of the Laramie… 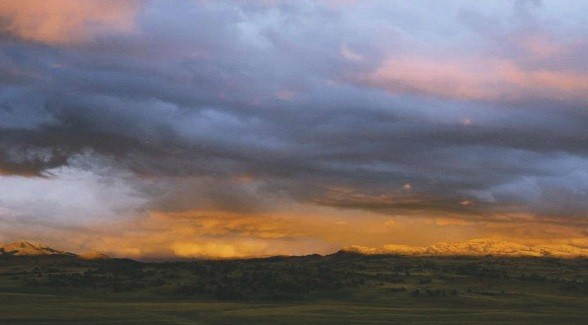 Talk about a match made in heaven ….

On a hunting trip to Wyoming, Stuart Phillips first caught wind of the 14,000-acre Moriah Ranch. A generic description of the Moriah would list it in the rolling foothills of the Laramie Mountains. A more accurate description would single out its location in Area 7, perhaps the best trophy elk unit in the state. Herds of 300-plus elk roam the ranch with many 350- to 400-class bulls on record. The avid outdoorsman had to see it for himself.

“It was mid-November, and there was a dusting of snow. I took a few steps and saw a mountain lion track,” he says. “That’s what sealed the deal.” Soon after buying the Moriah, his wife, Robin, an accomplished watercolorist, turned the ranch bunkhouse into a studio.

Beginning in 2003, the couple spent three to four months a year at the ranch, enjoying the recreational opportunities with their two sons. It was a magical place, one they believed would stay in the family.

But, according to Phillips, God had a different plan.

The couple was actively involved World Vision, a Christian humanitarian organization founded in 1950 that focuses on bettering the lives of children around the world. Both Stuart and Robin had read The Hole in Our Gospel by World Vision CEO Rich Stearns. When Stuart picked up the book a second time during some quiet time on the ranch, something came over him.

“God asked me, ‘What possession do you value most?’” he recalls. “The ranch was the obvious answer. He also asked me, ‘Given the resources you have, how does that compare to the hunger in the world?’”

After a heartfelt conversation with Robin, the couple decided that their next step would be to sell their beloved ranch.

The Phillipses chose Dave and Hunter Harrigan of Harrigan Land Company as their broker. Based on years of experience hunting and fishing, the Harrigans listed the Moriah at $11.7 million. “This was the recession, and right away we got a very strong offer from a qualified buyer,” Hunter says. “But Stuart was not in a hurry. He wanted to make the right choice.”

That’s when the State of Wyoming came calling. Back in 1890, Washington deeded federal lands to the 44th state to be used to generate funds for public schools and other institutions. To date, Wyoming retains 3.5 million surface acres and 3.9 million mineral acres in this trust.

After analyzing a dozen different ranches, the Moriah was deemed a perfect fit. “We knew the public wanted greater access to hunting and fishing,” says Ryan Lance, Director of the Wyoming Office of State Lands and Investments. “But more importantly, we looked at revenue-generating opportunities such as grazing, the ability to lease for wind development, and opportunities for agricultural growth.” A deal was struck.

Today, the public now hunts and fishes on the ranch, the state has additional income from a grazing lease, and students from the University of Wyoming are studying the Moriah’s rich Native American heritage.

To Stuart and Robin Phillips, this was exactly what God had in mind. How many school kids are better off because of their sacrifice? How many outdoorsmen can now experience their beloved ranch? And what of the poverty that can been alleviated by their gifts to World Vision and other charities?

Based in Bozeman, Montana, Corinne Garcia freelances for Marie Claire and Country Living.

Download your digital version of the Spring 2013 edition of The Land Report.

0 comments on “2012 Public Lands Deal of the Year: Moriah Ranch”

1 Pings/Trackbacks for "2012 Public Lands Deal of the Year: Moriah Ranch"