Anyone who’s ever been through Salt Lake City International Airport, even if it’s just to change planes, has no doubt noticed the Wasatch Mountains. How could you not? The range hovers over the Salt Lake Valley and serves as an awe-inspiring reminder of the proximity to wild lands just beyond them thar hills. Utah’s high country is home to some of the world’s best-known ski resorts — a fact borne out by the 2002 Winter Olympics. The list includes Alta, Snowbird, Park City, Deer Valley, Snowbasin, and Sundance. A gorgeous stretch of those wild lands less than an hour from Salt Lake’s airport is called the Wasatch Peaks Ranch. It is not a world-class ski resort. At least not yet.
Not only is it unbelievable that such a property still exists but that it is, in fact, privately owned. This 12,740-acre pristine alpine wilderness boasts 24 peaks, 15 bowls and cirques, and 11 miles of ridgeline. Five of the peaks top 9,000 feet, and that gives Wasatch Peaks Ranch a vertical rise of 4,600 feet. The average annual snowfall? It exceeds 400 inches. And that’s just what is upstairs. Almost two miles of the Weber River run through the ranch. Eighty miles of trails crisscross it. Game thrives, and so do those who visit Wasatch Peaks Ranch, our 2018 Deal of the Year.
Snowbird founder Dick Bass bought Wasatch Peaks Ranch, which was then known as the Gailey Ranch, in 1997 with the intention of turning it into a ski resort. Eventually, Robert Earl Holding — owner of Idaho’s Sun Valley Resort, Snowbasin Resort in nearby Huntsville, and Sinclair Oil — and Peter Hicks, an investor from Boston, became co-owners.

“Bass and Holding were said to have been especially struck by the ranch’s estimated 5,500 acres of potential ski slopes …” wrote Tony Semerad in a 2016 article for The Salt Lake Tribune. And if their dream of creating a ski area had come to fruition, Wasatch Peaks would rank among the top five largest ski mountains nationwide.
“It wasn’t hidden that they owned it, these two huge resort guys,” says Nathan Rafferty, CEO of Ski Utah, which promotes the ski industry in the state. “It really is a special piece of property, and it’s amazing that it is really untouched.”
But with the passing of Earl Holding in 2013 and Dick Bass in 2015, the ski resort that these two giants had dreamed of remained just that — a dream. In 2015, their heirs and Hicks put the tract on the market with a $46 million price tag. They knew that such a unique and large landscape would require a buyer with a similar vision and extraordinary passion.
In all likelihood, Ken Mirr of Mirr Ranch Group got the Wasatch Peaks Ranch listing because of his legal training as a public lands attorney as well as his successful career in the brokerage business. And although Mirr had seen his fair share of unique properties, this one stood out.
“You just don’t find this type of location in the West very often — untouched and raw with river, trees, and an alpine setting,” he says. “But we thought, ‘Is someone going to buy this for $46 million just to raise cows and hunt elk?’”
From the very beginning, Mirr and his Utah associate, broker Chris Corroon, positioned the ranch to buyers with an interest in developing some kind of ski resort.
“The ranch offered skiing, and you didn’t need national forest ground,” Mirr says. He explained to me that many ski areas are built on private lands, but the skiing is on public lands leased from the Forest Service. Although this parcel does adjoin Forest Service lands, the acreage itself would be more than suitable for a sizeable resort.
“We focused on the proximity to the airport, and having this vertical drop for skiing with this much snow,” Mirr says. Just 35 minutes from Salt Lake City, 15 minutes to Ogden, and 10 minutes from the Holding family’s Snowbasin Resort, the location was a premium selling point.
“I always thought if there were a property that could be another ski resort in Utah, it would be this one,” says Rafferty.
“You very quickly feel far away from the city. It’s amazing to me that there’s a property this close to the Wasatch Front, home to millions of people, yet you still feel so remote. It’s really spectacular.”
Despite solid interest from both public and private entities, it took three years for the right buyer to come along. A key factor was finding someone whose vision aligned with that of Dick Bass and Earl Holding.

“We had individuals looking at it, developers looking at it, and a slew of high-net-worth individuals looking at it,” Mirr says.
“The buyers are a private group. They studied the climate, snowfall, and access, and did full-on due diligence. They really are focused; they were well thought out, very professional, cooperative, and we liked their vision.”
It’s a vision that has the potential to make their predecessors’ dream a reality.
Although plans have yet to receive requisite approvals, the most likely development scenario for Wasatch Peaks Ranch would be a private residential ski club similar to Montana’s Yellowstone Club (see The Land Report 2018 Rockies edition).
“There’s a large appetite for skiers in this state,” says Ski Utah’s Rafferty.
A $1.66 billion homegrown success story, the Beehive State’s 13 ski resorts have drawn record numbers of visits over the past few years.
“We have this varied palette to draw from, with Deer Valley on one end that’s super luxury, and then the tiny Nordic Valley with three lifts,” says Rafferty.
“I don’t know what they’re planning up there, but I hope that they do something different. I’ve been up on that ridgeline, and I hope someone will get to enjoy it one way or another.” 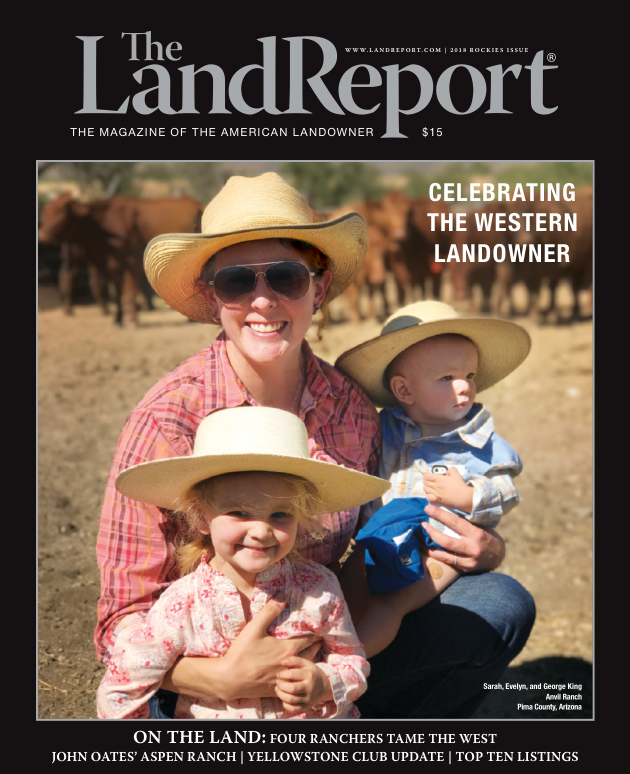 Celebrate the Western Landowner with our 2018 Rockies … 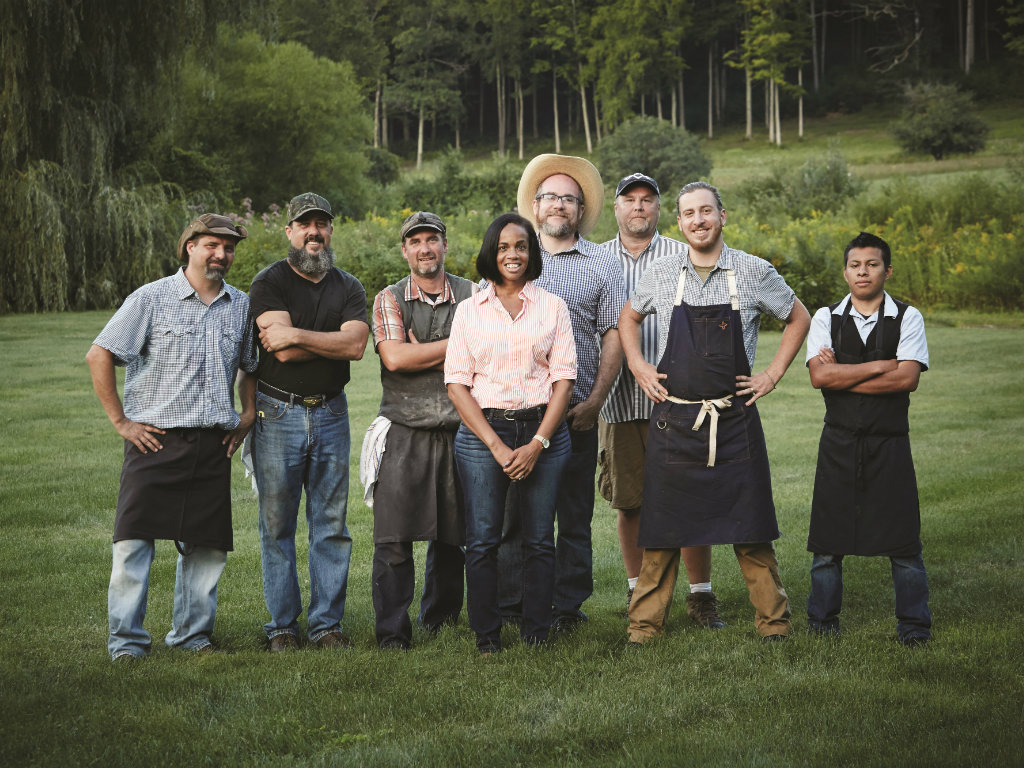 The hills and the glens of Western New …