As 2010 approaches, landowners coast to coast are eager to get a bead on pricing and trends for recreational properties. Here’s a heads up from an industry icon, Greg Fay, who founded Fay Ranches in Bozeman, Montana in 1992. Fay… 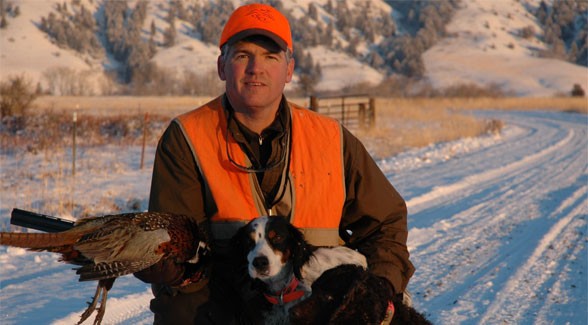 As 2010 approaches, landowners coast to coast are eager to get a bead on pricing and trends for recreational properties. Here’s a heads up from an industry icon, Greg Fay, who founded Fay Ranches in Bozeman, Montana in 1992. Fay and his partners have built a reputation for themselves that is recognized not only nationwide but internationally as well. In addition to brokering some of the best-known properties across the American West, their ranch management company, Fay Management, has advised landowners for over a decade, maximizing their clients’ investments by creating and restoring habitat, agricultural resources, and structural improvements.

When it comes to big ranches, has there been a major adjustment in prices similar to what we’ve seen in the residential and commercial sectors?

The speculative sector of the market has evaporated. Investors who planned to do “shared ranch” developments now need to get out from under those investments. For the ranches we focus on, those with high recreational and aesthetic attributes, there has been some adjustment but nothing close to what we’ve seen in the residential market and commercial sectors. There are specific examples right now of owners who need to sell, and we can direct buyers to those opportunities. But as a whole the ranch market has not shown the urgency that has afflicted the residential and commercial sectors.

Let’s go back to a point you just made. Why do great recreational ranches hold their value so well?

It’s a supply and demand situation. There is a finite amount of ranches to begin with and even fewer ranches that have the highest quality recreational amenities, such as great trout fishing, beautiful scenery, great bird hunting, or big game hunting. The rampant development we’ve seen over the past five years in the residential market simply will never happen with this product. As a matter of fact there are fewer and fewer ranches every year. The other reason is the ranches are generally held by strong hands, either modern buyers who are financially secure or multi-generational owners.

So you disagree with the statement that markets have seen a 15 to 25 percent adjustment downward?
Not completely. As I mentioned, there are specific examples of great opportunities within the ranch market, but there just hasn’t been enough data to substantiate a market-wide diminution in value. Even in a great year, very few ranches change hands relative to the residential market. This is even more pronounced in 2009. So I just don’t think there is enough data to point to a specific percentage of adjustment. I will say, however, that some buyers are getting some darn good deals right now in those instances in which the owners need to sell.

Have things slowed down for you and your brokerage?

2009 has been tough. Thank goodness for the relationships we’ve built over the years because those relationships have helped tremendously in this market. The first two quarters of the year were particularly challenging, but this fall we’ve seen a flurry of activity and have closed some large transactions. The tone of the conversations we’re having with our clients is much more positive. We are seeing an increase in active buyers looking for value, and we’re happy to help them find it.