Driving today I tuned into C-SPAN Radio on my XM dial looking for something better than the latest Top 20. I caught the tail end of a conversation,  Congressional testimony it sounded like, regarding the current food crisis that is… 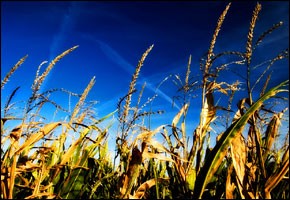 Driving today I tuned into C-SPAN Radio on my XM dial looking for something better than the latest Top 20. I caught the tail end of a conversation,  Congressional testimony it sounded like, regarding the current food crisis that is plaguing the United States and the rest of the world. The discussion centered on a program and its effects on those prices.

I can’t say for sure that the discussion in Congress was about the Conservation Reserve Program, but it’s hard to imagine any other program that could have fit the bill the lawmakers were talking about. The debate centered on when food prices – specifically corn, grain, and rice – would start dropping. Whoever was speaking kept highlighting that land that would be coming out of contracts would undoubtedly be used for farming as demand has increased for food.

Growing corn pays more now than it used to, and it sure pays more than growing dirt with land enrolled in the CRP.

From the moment I began reporting for The Land Report, I became a witness to this debate. Last year I saw it first-hand as the demand for ethanol sent corn prices through the roof to $4 a bushel. More and more land was being converted from farming and expiring CRP contracts to produce ethanol. Now it has become clear that our love affair with this wonder fuel has failed. Not only does it not solve our fuel problems, but it has sent our food prices shooting skyward.

So what we’ve got is a obsession with an idea that won’t work (see: ethanol) causing food prices to further strain the economy (see: your local grocery store) pushing some to rethink their efforts to preserve land (see: CRP) because of a need to generate different sources of income (see: recession).

So what say you? Do you have CRP land that you’re rethinking the contract on? What are your options and how much do you stand to gain from it should you pull land out?