BY ERIC O’KEEFE On August 17, Liberty Media CEO John Malone bought the 290,100-acre Bell Ranch, an event that qualifies as the largest single ranch sale since Ted Turner bought Vermejo Park from Pennzoil in 1996. Price and terms on… 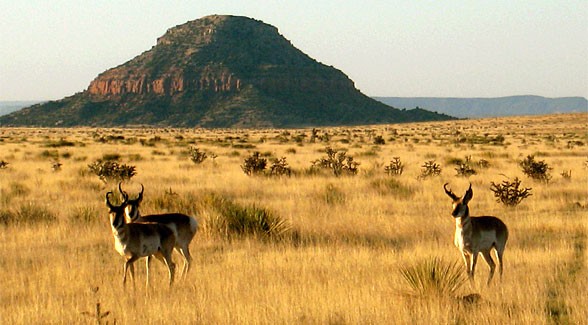 On August 17, Liberty Media CEO John Malone bought the 290,100-acre Bell Ranch, an event that qualifies as the largest single ranch sale since Ted Turner bought Vermejo Park from Pennzoil in 1996. Price and terms on the $83 million listing were not disclosed.

Odds are you already know New Mexico’s Bell Ranch. At 453 square miles, it’s kind of hard to overlook. But to focus on size alone is to overlook a much richer story. The Bell has been featured in countless Westerns and dramatically depicted on millions of Stetson hatboxes. If you’re old enough to remember when tobacco companies could advertise, the ranch’s mesas and pastures were the timeless backdrop in many a Marlboro print campaign. Few venues epitomize the American West like the gorgeous grasslands, stunning mesas, and rugged rimrock canyons surrounding the distinctive bell-shaped mountain a short ride north of the Canadian River.

The Bell Ranch is a place of lore and legend whose contemporary history dates back to an impossibly large land grant of some 656,000 acres by the Mexican government to Pablo Montoya in 1824. Only the hills know how long the Comanche, the Kiowa, and the Apache made camp along the banks of La Cinta Creek before the Spanish army officer petitioned Mexico City for his lands.

Almost two centuries have passed since Don Pablo took title to more than 1,000 square miles of what eventually became the New Mexico Territory. Its ideal setting – the ranch ranges in elevation from 4,200 to 5,600 feet above sea level – is more reminiscent of the African Serengeti than the Great Plains or the Llano Estacado. Top-notch cowmen such as the pioneering trailblazer Charlie Goodnight have long marveled at the ranch’s plentiful waters, its protein-rich grasses, and the temperate climate. The lure of this remote cattle kingdom is so strong that the Bell has enticed five formidable men to commit themselves to shepherding the ranch since 1933: Albert Mitchell, George Ellis, Don Hofman, Rusty Tinnin, and Bert Ancell, the general manager, who had 41 years of experience on the Bell. Half a dozen hands with an average of 15 years service on the Bell worked with Ancell.

This peerless legacy is one of the many priceless assets that make the Bell more than simply a big spread. Take, for instance, the ranch’s horse breeding program, which can be traced back to a remount herd used by the US cavalry almost a century ago. The ranch has also developed a closed composite breed of cattle. Known as RedBell, the breed consists of carefully selected Red Angus and Hereford bloodlines, plus smaller percentages of Brahma and Gelbvieh. And of course there is also the ranch’s iconic one-iron brand. First registered in San Miguel County in 1875, it has been in continuous use ever since.

After more than a century in operation, the Bell was carved into six tracts and parceled off after the end of World War II. But for William Lane II, its legacy would have ended with this dissolution. In 1970, the chairman and chief executive of General Binding Corporation purchased the 130,000-acre headquarters tract near the center of the Montoya Grant, and over the next six years he dedicated himself to rebuilding the great ranch. Ultimately, he acquired a total of 290,100 acres, an astounding 44 percent of the original grant.

Lane and his family also put in place improvements that dramatically enhanced beef production. Seven large operating units are cordoned off by 342 miles of fence and connected by 530 miles of interior roads. Ninety miles of pipeline water 206 stock tanks and 117 wells and windmills. The end result is a world-class working cattle ranch that can support 5,000 animal units.

In 2006, the Lane family began its quest to find another steward for the Bell. Several leading brokerages marketed the property, including Mason and Morse Ranch Company and Orvis Cushman & Wakefield. But the Great Recession took its toll. The original asking price of $110 million was lowered to $99 million and then to $83 million in 2010 (not including livestock).

The one constant throughout this process was C. Patrick Bates of Bates Sanders Swan Land Company, who was brought on to consult for the Lane family in 2006; by 2010 he was the broker of record. In March, Ron Morris of Ranch Marketing Associates contacted him. Like Bates, Morris is a veteran ranch broker with an impressive C.V. His client was Liberty Media CEO John Malone, one of the nation’s most respected land stewards. A new chapter in the history of the Bell was about to begin.

2 comments on “Sold! The Bell Ranch”

2 Pings/Trackbacks for "Sold! The Bell Ranch"