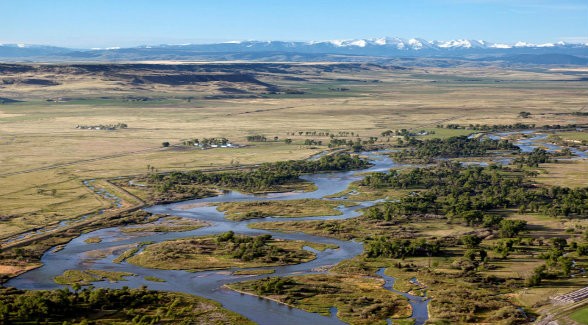 Who: Headquartered in Jackson Hole, Wyoming, with coverage throughout the Rocky Mountain West into Pacific Northwest and Northern California. Specializes in premium cattle and agricultural operations, fly-fishing and hunting properties, and conservation-quality properties.

Wow: Started 2012 with a $17.65 million closing in Steamboat Springs, Colorado, along the Yampa River and finished the year with a similar ranch sale in Jackson Hole on the Gros Ventre River. In total, some 39 transactions, 27 of which the firm represented both sides.

Insight: “The trophy ranch emerged again in 2012,” says Alex Maher. “The momentum for the highest-quality natural features appears strong and steady heading into 2013.”

Pictured Above: Situated on the banks of the Madison River, Madison Spring Creek Ranch is a premier sportsman’s paradise boasting over 3½ miles of river frontage and more than 5½ miles of reclaimed spring creek on its approximately 1,050± acres.

Download the Spring 2013 edition of The Land Report for the complete listing of our third annual survey of the country’s leading real estate firms specializing in land.