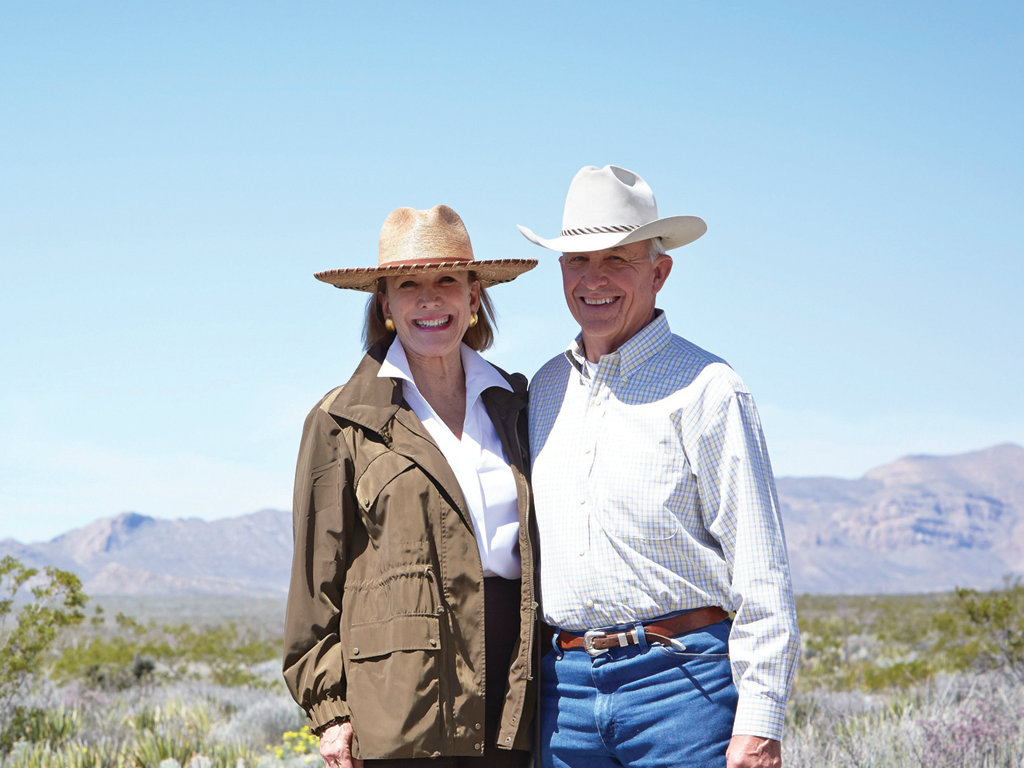 Photography by Gustav Schmiege III
Don’t be fooled by the desolate setting. Although Persimmon Gap Ranch is miles from its nearest neighbor, the amount of scintillating conversation one encounters in the company of our 2014 Legacy Landowners, Katharine Armstrong and Ben Love, rivals anything one might overhear in New York or Washington.

Why do Americans venerate property rights to a degree unmatched anywhere else? How much value do private landowners create for their fellow citizens? Care for a little more crawfish etouffee?
Topics ricochet and laughter reverberates throughout our stellar luncheon at the ranch’s sturdy headquarters.The fact that it’s the wettest spring in memory heightens the tempo. The Loves bought Persimmon Gap in 1960, and Ben subsequently acquired it from his family.
“Twice.”
That’s how often he’s seen this much moisture this early in the year. He happily admits to eyeing wildflowers that he’s never seen before.
“I don’t even know their names.”
Ben says this with a smile on his face. Katharine wears a grin as well. When this couple’s land is happy, they are happy too. It’s contagious.
The couple’s personal histories parallel one another to a remarkable degree. Both grew up on Texas cattle ranches: Katharine, 63, on the Armstrong Ranch in South Texas, and Ben, 70, along the Llano River on part of the Fitzsimons Ranch. Each has earned national renown: Katharine as a board member of the Texas Parks and Wildlife Department and later as the first woman to serve as its chairman, and Ben as a real estate attorney whose client list reads directly from The Land Report 100.

In addition to real estate, his legal expertise includes oil and gas, agriculture, natural resources, and property rights. He has been a Texas and Southwestern Cattle Raisers Association director since 1977, which is when he befriended Katharine’s father, Tobin Armstrong.
“My father would come home from Cattle Raisers meetings singing Ben’s praises. But he was married, and so was I. Funny how it only took a couple of decades for things to work out the right way,” Katharine says.
It was while he was attending Texas Tech that Ben ended up migrating from the Texas Hill Country to the Trans-Pecos.
“In the late 1950s and early 1960s, my family was sending 2,000 to 2,500 yearlings to South Dakota every May, and they’d come out in October. We ran a full-time cow/calf operation at Llano. We ran about 500 mama cows in Dakota year-round. We were leasing ranches in Mason, Menard, and Llano counties to warehouse all of them. That’s a lot of cattle. You’ve got to have a lot of places to put them. There are not many places where you can park 2,000 to 2,500 head of steers for several months. It took a long time to assemble them. We started receiving those cattle about the end of January, buying big-framed, lightweight steers out of Mexico. We were getting them at Presidio [100 miles west of Persimmon Gap Ranch] through a broker. Man, there was a lot of freight involved. Coincidentally we stumbled onto this place. It fit the steer program perfectly, and my family bought it in 1960,” Ben says.
“As remote and wild as this country is today, what was it like back then?” My question elicits a long laugh from Ben.
“It was the biggest, wildest thing I’d ever seen, with mountain lions, bears, smugglers, and maybe a renegade Indian left over here and there. I couldn’t get enough of it. This highway had been paved for about six months when we came here. You could break down on it, and you might be there for two days before somebody ever came along,” he says.
Then why buy it?

“Because it was available, it was cheap, and it was an ideal place to warehouse steers heading to Dakota. Nobody in my family really had any affection for this ranch but me. I was the only one in my family who really fell in love with this place. It took me about 20 years to buy and trade and acquire the whole thing from my family. This is home to me and has been. I took care of it when I was going to school at Texas Tech. I was down here nearly every weekend if I wasn’t playing polo somewhere.”
By comparison, Katharine grew up on a legendary landmark. She knows it now, but she didn’t realize it then. “I think I was a little bit provincial as a child. I had very sophisticated parents. We were not provincial in the sense that we didn’t see the world. We certainly did. I think I was provincial in my attitude of how things were being done and taken care of. I lived in this incredible situation in South Texas where it’s, as they call it, the last great habitat. The reason it’s the last great habitat is because it’s privately owned, privately managed, privately funded. I never thought of it that way until I started thinking about these things in policy terms. That forces you to think about not just your situation but everybody’s situation,” she says.
That approach is evident on her husband’s ranch. “This ranch doesn’t have cattle, but Ben keeps all the waters going. He is so religious about stuff that benefits wildlife. There’s no economic return for doing that. He does it because he loves this place, he loves wildlife, and it’s the right thing to do.”
“Imagine if this ranch were a state park or a federal park,” Katharine continues. “Imagine what it would cost taxpayers in full-time employees and all that sort of thing. This is a wildlife preserve that is virtually no cost to the taxpayers, and Texans do that all over this damn state.”

Katharine’s latest venture, Taking Care of Texas, is a project devised by her good friend Laura Bush. The two first met on Armstrong in 1977 when Laura’s fiancÃ©, George W. Bush, brought his bride-to-be for a polo match.
“Katharine and I work together on our new non-profit, Taking Care of Texas,” Laura says in a video tribute to her friend that aired the night Katharine was awarded the 2015 T. Boone Pickens Lifetime Sportsman Award by Park Cities Quail in Dallas. “Her dedication to conservation comes from the heart, and her efforts are informed by a lifetime of ranch and hunting experience in South and West Texas. Her work has built a statewide legacy that will benefit Texans for many generations.”
“Having shot quail with Katharine, I can attest to the fact that she is an incredible wingshot,” says Laura’s husband, the 43rd President of the United States. A guest at the Armstrong Ranch and at Persimmon Gap, President Bush has witnessed Katharine’s talents firsthand. “She has a sharp eye, cracks great jokes, and she’s a lot of fun.” Katharine’s sporting heritage dates back to her childhood on Armstrong. “When I was a little girl, I was just very competitive. So was my mother. She would never let being a girl stop her from doing anything. Anyway, I was about eight or nine, and I went to my mother, and I said, ‘Mommy, I want to go shoot a buck.’ And the way we did it back then, the first buck you ever shot, you would get your .222 – it was my mother’s .222 rifle; I still remember that gun so well – you would take the gun and you would walk by yourself into this giant live oak mott on the north side of the headquarters. You just walked out there by yourself and you went and found a deer and you shot it and you marked it,” she says.
“Then you would go get your father or a cowboy, and you would walk back out there and clean your deer with their help. My brother, Barclay, had done it the year before,” she recalls.
“‘Katharine, you can’t do that.’ Mother said.”
“‘Well, why not?’ I asked.”
“‘Well, you’re not old enough,’ Mother said.”
“‘Well, Barclay did it. Barclay got to do it, Mommy.’ I had a Mexican accent. ‘Mami, it’s not fair. Barclay did it. How come I can’t?’”
She said, “Well, Katharine, you’re a girl.”
“I looked at her like really?”
“‘No, you’re right. You can do it,’ she said.”

“So I went out and shot my first deer that way. If you think about it, with kids today, you can’t ride your bike one block without wearing a helmet, elbow pads, and knee pads, and your mother hanging on. I got to go walk out on my own with a loaded gun, shoot an animal, and do it responsibly at the age of eight or nine. That tells you a lot about how you go through life. My brother did it. My sister did it. Everybody did it. Too bad that’s being lost.” 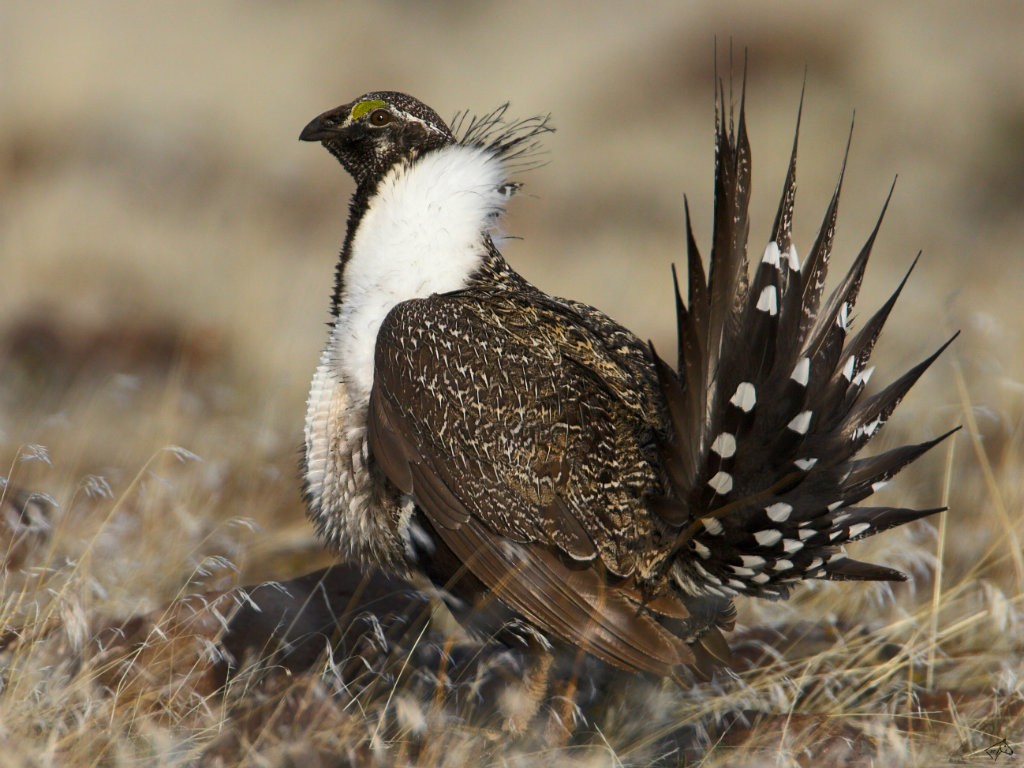 In October, Secretary of the Interior Sally Jewell joined Wyoming Governor Matt Mead and US … 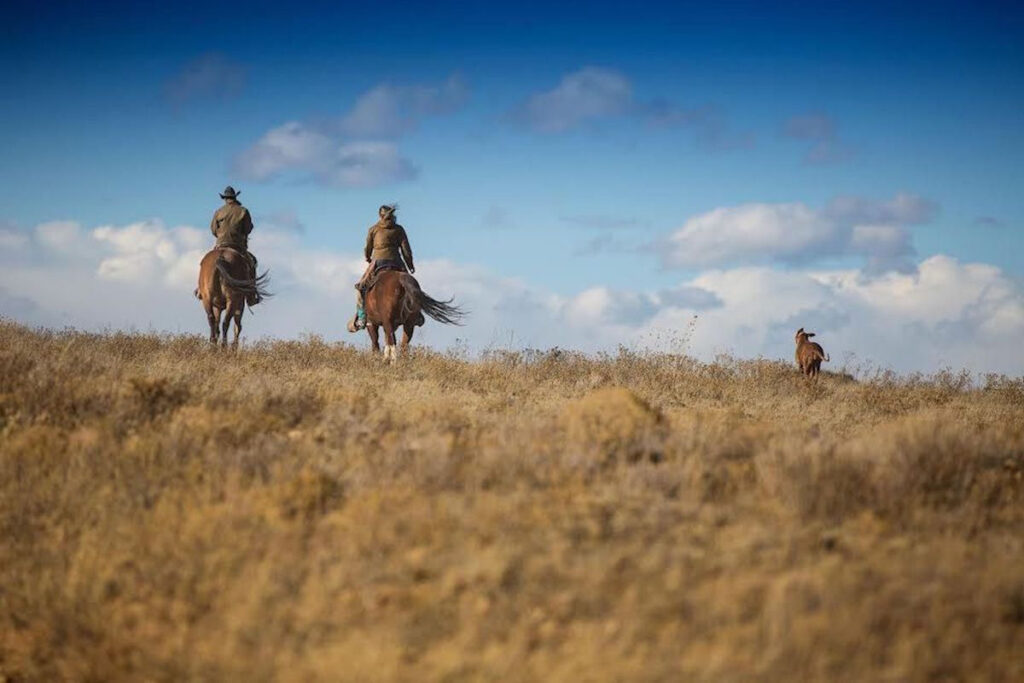 SOLD! Texas’s iconic 6666 Ranch. Learn more about this landmark outfit, which dates back to …