The nation’s oldest hunting and fishing club is saved from almost certain extinction. By Corinne Garcia It’s hard to believe that just across the waters from the bustling tourist enclaves of Amelia Island, Sea Island, and St. Simons Island… 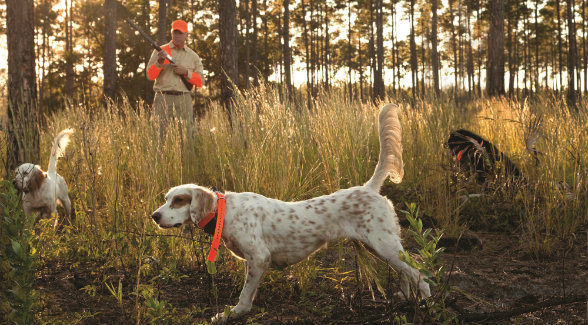 FERTILE GROUND Centuries of stewards have hunted and shepherded this South Georgia Plantation.

The nation’s oldest hunting and fishing club
is saved from almost certain extinction.

It’s hard to believe that just across the waters from the bustling tourist enclaves of Amelia Island, Sea Island, and St. Simons Island — fully developed resorts where it’s not uncommon for visitors to compete for a coveted spot on the beach in high season — there lies a pristine tract of the Georgia coast untouched since its inception as a world-class hunting and fishing retreat well before the Civil War.

Arguably the oldest hunting club in the country, the 10,300 lush acres that comprise Cabin Bluff jut out into the Intracoastal Waterway within the Lower Satilla Watershed adjacent to Cumberland Island. Studded with old-growth oaks lined with Spanish moss and featuring a long-leaf pine managed woodlands plantation, tidal marshes, and freshwater lowlands, it’s the last large undeveloped portion of the Georgia coast. 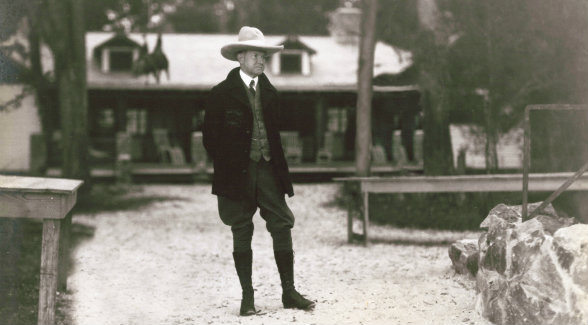 30TH PRESIDENT  Calvin Coolidge journeyed to South Georgia and stayed at Cabin Bluff as a guest of Howard and Matilda Coffin.

As of last year, however, there was a good chance that development was in the offing. On the market with a $50 million price tag, Cabin Bluff was permitted as one of the largest developmental properties on the Georgia coast with the potential for up to 15,000 residential units and more than 1.8 million square feet of commercial development. Thanks to the Nature Conservancy and the State of Georgia, however, Cabin Bluff will be protected in perpetuity.

In 1827, the Camden Hunt Club was founded on land that was originally the home and hunting grounds of the Timucuan Indians. The Floyds — a prominent family immersed in politics and the military — built the first structures and brought a sense of refined culture that included invitational hunts and boat races. When the Civil War ended in 1865, the Floyd family and their politically-minded entourage retreated, leaving the land to revert back to lush forest and wetlands.

In 1927, automobile pioneer Howard Coffin bought the tract and established Cabin Bluff as a world-class hunting and fishing destination. Guests included celebrities, corporate magnates, and politicians such as President Calvin Coolidge, who was known to stroll the dock, unmistakable in his white, wide-brimmed Stetson. With seven guest cabins and a grand yet rustic main lodge, the exclusive retreat was designed to accommodate 40 guests. 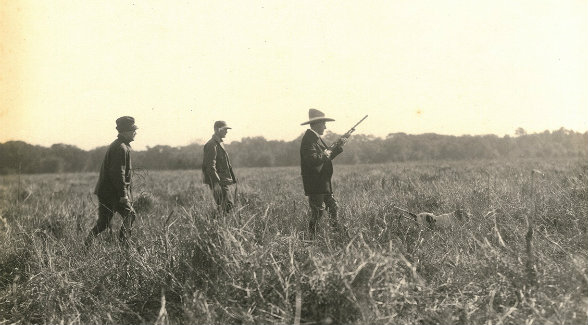 A STETSON MAN The Secret Service had no problem identifying their man.

In the 1950s, the Cabin Bluff property was jointly purchased by the Mead/Scott JV Brunswick Pulp & Paper business to be used for corporate retreats as well as a place to woo clients, close deals, and chat with lobbyists, often under the guise of hunting and entertaining. A typical day consisted of a guided turkey hunt in the early morning followed by a quail hunt, an afternoon chasing wild boar and deer, and an evening on the dock that faces Cumberland Island. In addition to fine fishing, the dock offers superb sunset views. Wining and dining was mandatory, complete with Scotch, cigars, and a game of cards in the Coolidge Tavern.

“To say, ‘I hunted at Cabin Bluff,’ meant you were someone special,” says LandVest President Joe Taggert. “You couldn’t buy your way into it. You had to be invited.”

Over the last century, Cabin Bluff changed hands during corporate mergers, yet much of the land remains untouched. The hunting grounds are still bustling with wildlife, the shores of the Intracoastal Waterway are undeveloped, and the historic dock still reaches out towards Cumberland Island, now a designated national park. LandVest, which specializes in timberland and luxury real estate, had established a long relationship with Cabin Bluff, working with its array of corporate owners over the last decade. So, it was a natural fit for the firm to handle the listing for WestRock, the successors of the Mead Corporation that owned and managed the land. 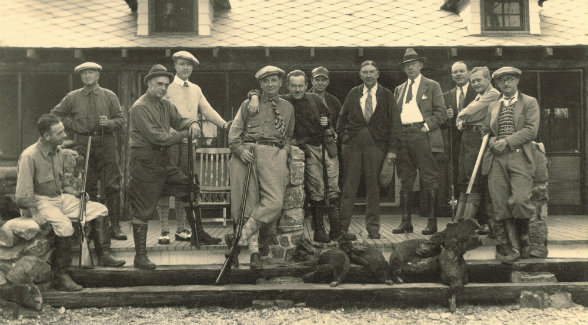 BUSY MORNING The day traditionally starts off with a turkey hunt. Then come the quail.

“Cabin Bluff was an exclusive listing given to us, and we started the process of identifying conservation assets and conservation buyers right away,” explains Jonathan Burt, LandVest’s Director of Timberland for the US South. “In an early meeting with Mark Williams, the Georgia Commissioner of Natural Resources, I suggested that he get his checkbook ready. That was a way of putting the department on notice that the land was officially on the market.”

Although there was interest from other investors, a conservation deal seemed to make the most sense all around. “For decades, management of Cabin Bluff has focused on stewardship and sustainability,” says Mark Lewis, Senior Vice President of WestRock’s land and development business. “We are pleased that The Nature Conservancy, an organization known for its commitment to protecting land for future generations, will now own this one-of-a-kind property.”

After two years, working in collaboration with the state and other government agencies, the sale of Cabin Bluff closed in the summer of 2018.

Conservationists, public lands advocates, and outdoor enthusiasts let out a big sigh of relief, as one of Georgia’s primo tracts of land — one that encapsulates much of what initially drew visitors to the Coastal South — was preserved. The Nature Conservancy has mapped out the at-risk animal species that exist in and around Cabin Bluff, including a significant gopher tortoise population, which is considered a keystone species due to the fact that their burrows provide shelter for 360-plus other animal species. Others include the wood stork, Eastern indigo snake, shortnose and Atlantic sturgeon, manatee, striped newt, tri-color bat, and American oystercatcher. They have also listed the longleaf pine, maritime forests, and South Atlantic coastal nonriverine swamp forest as at-risk ecosystems on the land. 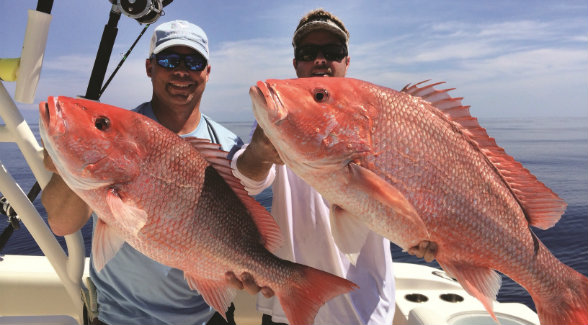 WET A HOOK Sea trout, shark, redfish, and red snapper (shown here) are just a few of the game fish pursued by anglers.

To date, the land is closed to the public while the Nature Conservancy plots out a plan for the future of Cabin Bluff, one that involves a comprehensive conservation strategy with the potential for some component of public access. With the infrastructure in place, another possible scenario would return Cabin Bluff to its historic legacy as a world-class hunting and fishing club.

“It’s such a beautiful place, and we’re proud to have played a role in conserving this incredible ecology,” says Burt. “This type of project really showcases LandVest’s unique expertise to bring complex conservation deals to life. We have worked with The Nature Conservancy on numerous deals across the country and know them to be extremely capable at accomplishing big things. Cabin Bluff is another example of that.”