From a 600-acre tract in the 1960s, a 6,000-acre agricultural powerhouse and our 2018 Farmland Deal of the Year was born. By Cary Estes It is easy to see the appeal of the 6,000-acre Weidert Farm in Washington’s Walla Walla… 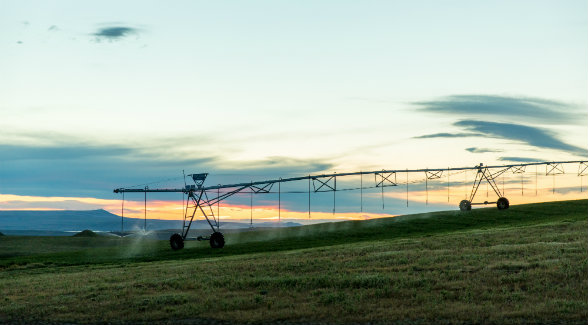 WELL WATERED | Over the last half century, the Weidert family assembled a priceless portfolio of state-issued, privately owned water rights.

It is easy to see the appeal of the 6,000-acre Weidert Farm in Washington’s Walla Walla Valley. From the top of a slowly rising hillside you are greeted by a 360-degree panoramic view of the meticulously maintained property. The Blue Mountains provide a majestic backdrop to the east, and the Columbia River flows into the sunset to the west.

“It is a stunningly beautiful and breathtaking piece of property above the ground,” says Craig Wichner, managing partner of the San Francisco-based sustainable land investment firm Farmland LP. “But what we really love about it is what’s below the ground.”

The combination of rich soil and ample water supplies attracted Farmland LP to purchase the land in 2018 from Tim Weidert, whose father bought the first piece of what eventually grew into the 6,000-acre farm more than 50 years ago. Farmland LP plans to transition the property from its long-time use of producing commodity crops (wheat, potatoes, and corn) to organic and sustainable permanent crops (wine grapes, apples, and blueberries).

Such a transition is a substantial process that required significant preliminary work. That is one of the reasons Steve Bruere, president of the Peoples Company and the broker of record for the farm, considers the sale of the Weidert Farm “a deal of a lifetime.” 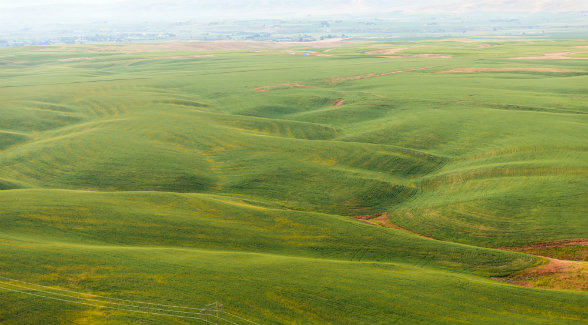 “We went through a pretty extensive visioning process, in terms of putting the marketing package together and the conceptual renderings of how this property could be developed and the financial performance it could produce,” Bruere says. “We had a client who gave us the resources and helped us put the team together to go out and position this property in its most positive light. There were really no constraints.”

So researchers were brought in to collect weather data and test the soil, and plans were created for the best possible methods to expand irrigation beyond the established 1,800 acres. “It was a complicated project involving water rights and all sorts of things,” Bruere says. “We pulled together a topnotch team in order to do this right. And it showed.”

The eventual buyer was determined through a sealed-bid process that had a November 2017 deadline. Bruere admits that there were several competitive offers, but Farmland LP’s proposal struck a chord. It was the closest to how the Weidert family wanted to see the property evolve.

“A competitive offer is important, but Farmland LP’s vision for the property is what set it apart,” Bruere says. “We were dealing with a sophisticated buyer, and we communicated our vision to them. They intend to develop it very similar to the vision we had put together. So we were able to find a buyer who saw the wider vision for the property and wanted to carry it forward to the next level.”

Farmland LP, manages approximately 15,000 acres of property in Northern California, Oregon, and Washington. Wichner says his company had been trying to expand into the Walla Walla region for about five years.

“The whole Columbia Basin area has just a beautiful growing climate,” Wichner says. “It’s blessed with a tremendous amount of water, both underground and on the surface. And the soil in certain areas is just tremendous.”

Wichner says Weidert Farm is one of those areas, praising the “beautiful light topsoil” that is uniform throughout the entire property. In addition, the area benefits from superior air drainage. This topographical feature, which facilitates the
flow of cold air downhill, is of vital importance when growing grapes.

And then there is the water access, which is more than plentiful. Tim Weidert had gradually established the water infrastructure on the property, building out a total of four wells. Farmland LP recently added a fifth well, and is in a two-year process of expanding irrigation capability to anywhere from 3,200 to 5,000 acres. It is also switching from center pivots to drip irrigation.

“The fifth well that we just built can produce double the amount of water than what it’s permitted for,” Wichner says. “So there’s really tremendous water availability on that property.”

Farmland LP is working to firmly establish the property’s capability for organic and sustainable crop production before embarking on any widespread planting.

“We find it works much better to get the soil health and ground prep done right first, than to go straight into the organic program crop production,” Wichner says. “So we focus on making sure the soil biology is healthy and working for the plants. 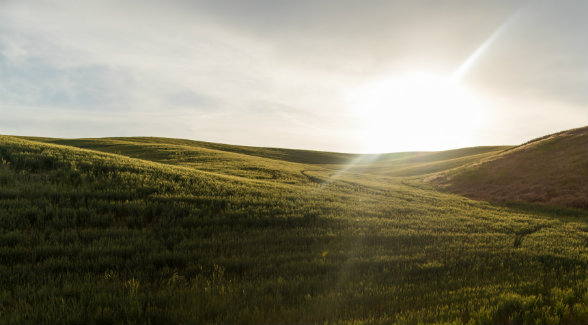 AIR DRAINAGE | One of the key attributes of the farm is the many ways cold air can descend to lower elevations.

“If the soil is healthy and strong, the plants will be able to fight off invaders and pests on their own better. Part of that involves growing the right plants in the right spots, to get better biological productivity from the system. This all results in lower input costs, higher yields, and higher price premiums for organic products.”

It is the type of extensive transformation that the Weidert family would not have undertaken on their own. Wichner points out that Farmland LP has “a team of 60 people and a decade of experience doing stuff like this,” making the company extremely well equipped for the transition to organic, permanent crop production.

“Tim did an amazing job extending his dad’s vision for the property. But the amount of work needed to take this property to the next level is pretty amazing,” Wichner says. “We’re just thrilled that Tim chose us to do that, and what it will mean for the property. We have a shared and common vision, and we’re honored to be able to execute on that.”