Devotees of the BROWNING SUPERPOSED will find their fealty rewarded with this sumptuous volume. By ERIC O’KEEFE In 1996, history’s best-selling over/under shotgun got its due when Krause Publications brought to market The Browning Superposed: John M. Browning’s Last Legacy… 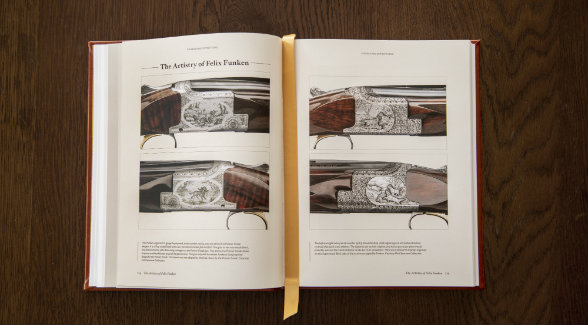 UPDATED AND UPGRADED | A new foreword, a new chapter, and more than 650 photographs enhance the 2020 edition.

Devotees of the BROWNING SUPERPOSED will find their fealty rewarded with this sumptuous volume.

In 1996, history’s best-selling over/under shotgun got its due when Krause Publications brought to market The Browning Superposed: John M. Browning’s Last Legacy by Ned Schwing. A firearms historian with interests that ranged from blueing and browning techniques to iconic sporting arms such as Winchester slide action rifles and the Winchester Model 21, Schwing outdid himself with The Browning Superposed, delving into the development of the legendary gun as well as the personalities who forged it.

The 2020 edition of Browning Superposed ($495) honors the last of the high-quality, hand-built, hand-engraved over/unders by supplementing Schwing’s scholarship with two additional elements: an introduction by Browning Superposed collector Jim Hendricks and a chapter that focuses on the modern-day Browning Arms Company by Marcus Janssen. The result is a keepsake that will appeal to any hunter who has admired this great gun in the field as well as trap or skeet shooters who have used the Superposed in competition. 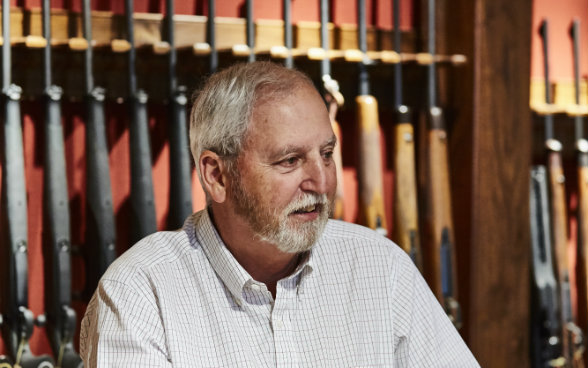 “There’s a huge Browning following,” Russell Gordy tells me on a phone call from his Double Arrow Ranch. “That’s what gave our general manager, Mike Burnett, the idea of doing a new edition. He got a copy of the original, the 1996 edition, and we thought it could be done better.”

In addition to its unrivalled inventory of Best guns, Gordy & Sons has enjoyed terrific success with the Superposed.

“We’ve sold hundreds of them. We bought 200 from this one guy, a collector who had spent 25 or 30 years acquiring them. Right now, I bet we might have 15 of those guns left. And we bought quite a few more from other people,” he says.

Gordy & Sons can’t keep the smaller gauges of the Superposed in stock. Gordy admits that he kept one of the .410s for himself. Clearly, the book has a ready-made following.

“Anyone who likes American history and the story of John Browning will love this book,” Gordy says.