SOLD! The Envy of New England

The Conservation Fund acquires CHADBOURNE TREE FARMS from a pioneering New England family. BY CARY ESTES PHOTOGRAPHY BY JERRY MONKMAN A premier swath of high-quality timberland in Western Maine that has been utilized as a working forest since the late… 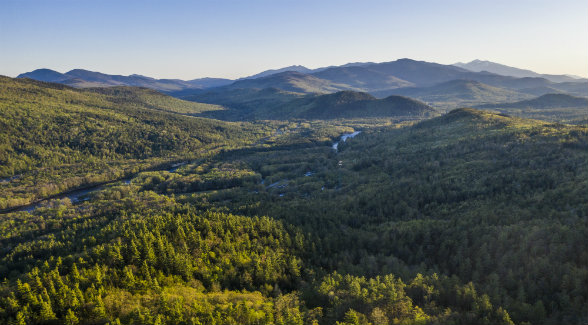 ROYAL ROOTS | William Chadbourne arrived in the New World in 1634 at the behest of King Charles I.

A premier swath of high-quality timberland in Western Maine that has been utilized as a working forest since the late 19th century has found a new owner, one whose goal is to ensure the forested tract retains its integrity for centuries to come.

The Conservation Fund, a non-profit organization that combines environmental preservation with economic development, recently completed the acquisition of 15,408 acres from Chadbourne Tree Farms. The property was acquired through a bid auction process managed by LandVest. The transaction was finalized on June 12.

The Conservation Fund seeks to protect the forestland from fragmentation and development while providing economic opportunities through continued timber operations as well as outdoor recreation possibilities.

“Over the years, the Chadbourne family accumulated and cultivated a premier forest that is the envy of people throughout New England,” says Tom Duffus, vice president and Northeast representative of The Conservation Fund. “For generations, this property has been relied on by communities in the area for jobs, scenery, clean water, and fishing.”

“There’s a big challenge around the country as these large timberland tracts that used to be owned by the forest-products industry get broken down into smaller and smaller pieces. And once they do, it’s hard to put them back together again,” says Brian Dangler, The Conservation Fund vice president and director of the Working Forest Fund. “Our mission is to stop that fragmentation and parcelization process, and to keep these large tracts of working forests like Chadbourne together.”

TALL TASK |Next moves for The Conservation Fund include balancing recreation uses, conservation needs, and water resources with a profitable timber component.

Along with approximately 6,200 board feet per acre of saw timber that is produced, the transaction secures 33.5 miles of river and tributary frontage, including nearly 3,000 acres of land within the Crooked River Watershed. This is the primary tributary to Sebago Lake, which is the water source for more than 200,000in the Portland area and one of only 50 public water supplies in the country that does not need filtration.

“There is a vigorous effort on the part of the Portland Water District and a consortium of land organizations called Sebago Clean Waters to conserve 35,000 acres in that watershed,” Duffus says. “So this project gets them almost 10 percent of their goal in one transaction.”

In addition, the property is adjacent to Bethel Village Trails, an extensive network of public paths designed for cross-country skiing, hiking, mountain biking, and snowmobiling. Duffus says The Conservation Fund’s acquisition of the land will create an opportunity for an additional 100 miles of trails, connecting the ski areas of Sunday River Resort and Mt. Abram Resort. The property also features the 978-acre Tumbledown Dick Mountain, a popular area for rock climbing, hiking, and backcountry skiing.

“The old economy of Maine, which is based on timber production and paper mills, and the new outdoor recreation market can happen together,” Dangler says. “The continuation of the forest products industry needs to be stabilized for all the jobs that it produces in the local area, but there’s no reason why that can’t coexist with conservation. When it does, the local economy becomes more stable. You can have compatible economy development along with land and water conservation. This hits on all cylinders.”

Originally the ancestral homeland of the Wabanaki people, the forested terrain was transformed into a timber tract after King Charles I of England dispatched William Chadbourne to establish a sawmill in 1634. Chadbourne’s water-powered sawmill in South Berwick is believed to be the first of its kind in the New World. Later generations of Chadbournes moved the operations farther inland to the Bethel and Waterford areas. The tract of land sold to The Conservation Fund was established by the Chadbourne family through a series of purchases over a span of more than 150 years.

“We’ve bought, sold, and traded various lots in order to piece the land together in a way that made it more advantageous and economical for us to operate,” says Bob Chadbourne, an 11th generation member of the family. “We mostly managed white pine because it’s a fast-growing, high-valued species, but we’ve also grown oak and maple. We’ve tried to work the investment with whatever would grow best.” 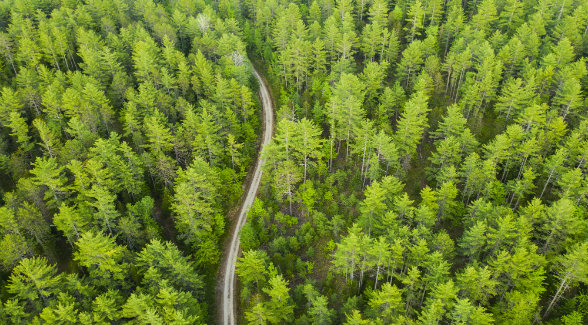 While the Chadbourne family will continue to maintain its ownership of other timber tracts in Western Maine as well as other parts of the Pine Tree State, Bob Chadbourne says family members decided to monetize select portions of their current holdings.

“I’ve really loved this land, but we just thought it was time to sell,” Chadbourne says. “It’s been our goal to keep the land protected and attractive through long-term stewardship administered by generations of our family, along with the help of many skilled and hardworking employees, associates, and contractors.”

Chadbourne singles out the goals of the new ownership as praiseworthy. “I appreciate the goals of The Conservation Fund to ensure that this land will remain forested and continue to provide timber resources and other benefits for years to come,” he says.

The Conservation Fund’s Duffus is adamant that Chadbourne Tree Farms is in good hands and will be ably stewarded in the future. “This exceptional forestland has been innately linked to the character of Western Maine for generations,” he says. “The Fund is committed to honoring the exemplary legacy of the Chadbourne family and, together with our partners, securing public support to conserve this working forestland in perpetuity.”