This cowboy’s sweetheart is a fourth-generation New Mexico rancher who still loves to ride, rope, and patch up cowboys and Boy Scouts. Linda Davis is one cowgirl who rarely gets the blues. This hands-on landowner and her late husband, Les,… 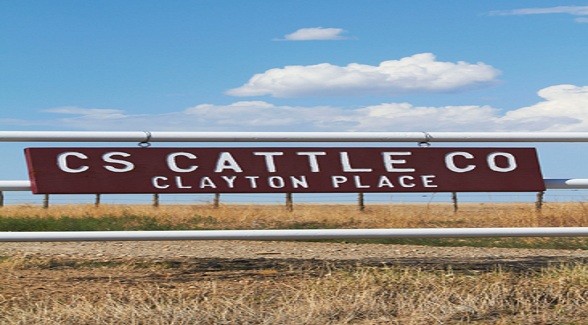 This cowboy’s sweetheart is a fourth-generation New Mexico rancher who still loves to ride, rope, and patch up cowboys and Boy Scouts.

Linda Davis is one cowgirl who rarely gets the blues. This hands-on landowner and her late husband, Les, devoted their lives to their family, the livestock industry, and the CS Ranch, their historic cattle operation on the eastern edge of the Sangre de Cristo Mountains in Northern New Mexico. 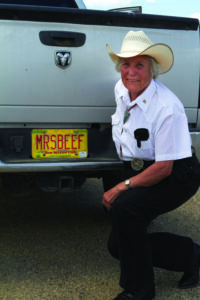 A New Mexico native, Linda was raised on the Tequesquite Ranch, which was established by her great-grandfather in the 1870s. Beginning in 1930 her father, Albert Mitchell, ran the famed Bell Ranch. [Liberty Media chair John Malone acquired the Bell in 2010. See Land Report Fall 2010.] After the untimely death of her mother, Linda began to buddy up with certain cowboys who worked on the Bell, especially the wagon crew and some of the bronc busters.

At the same time that the Mitchells were settling the Tequesquite in the late 1800s, a lawyer and newspaperman named Frank Springer started stockpiling land for what would ultimately become the 127,500-acre CS Ranch. [See Land Report 100.] Young Linda met her match when Ed Springer introduced a Dartmouth alum named Les Davis to Albert Mitchell. The idea was for Davis to see how the Tequesquite was run. Davis was Springer’s nephew, and, in 1953, he became Linda’s husband.

That same year, Linda received an associate degree in agricultural economics from Cornell. “Cornell had the leading ag economics program in the United States at that time. It was after the war ended, and times were changing so rapidly. The global food economy was the main part of the course lineup,” she says.

More recently, Linda was certified as an emergency medical technician (EMT). No doubt she received this care-giving streak from her mother, herself a pioneer in public health nursing in New Mexico. Growing up, I was the only female around. I did everything, including patching up cowboys. Then I married a rancher and moved to another isolated area 60 miles from a hospital.”

Linda is on standby 24/7 with the Cimarron ambulance service. She often tends to young Scouts and other visitors to the Philmont Scout Ranch. “You have to be dedicated and ready to drop everything. I carry a radio all the time,” she says.

Linda is a founding member of the Annie Oakley Society and was honored by the National Ranching Heritage Center with its prestigious Golden Spur award. “It was a significant honor, and I’m very proud of it,” she says.

“I still ride and still work with the crew,” she adds. “It’s a way of life. I’m a fourth-generation rancher.” Linda has several nephews and one niece at Tequesquite Ranch, and her six grown children, eight grandchildren, and one great grandchild were predestined to share her love of the land. “They’re all involved and live in the general area around here. We’re a family-owned working ranch.”