From historic holding to Hollywood hideout. Over a decade ago, David Couch, a real estate developer from North Carolina, was flipping through a copy of Architectural Digest when he saw a story about Dennis Quaid’s Montana ranch. He found himself… 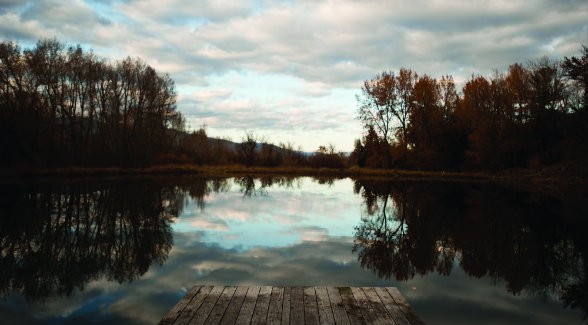 Well watered, Camp Warren Oates has served as a sanctuary for centuries.

From historic holding to Hollywood hideout.

Over a decade ago, David Couch, a real estate developer from North Carolina, was flipping through a copy of Architectural Digest when he saw a story about Dennis Quaid’s Montana ranch. He found himself drawn to the main house. The Chief Joseph stone and wood accents, stellar views, and tasteful, yet casual dÃ©cor were perfect. “It was exactly what I wanted to build someday. It was like I didn’t need to look any further, that was it,” he says.

Tucked away in Paradise Valley at the foot of Emigrant Peak, Quaid’s 418-acre getaway sits 13 miles from Yellowstone National Park. Known as Camp Warren Oates, the ranch is a patchwork of 14 properties that Quaid spent decades stitching together. Steeped in history, it’s been home to generations of Native Americans, pioneering settlers, and, for the last 50 years or so, Hollywood types escaping the hustle and bustle of L.A.

Thanks to Six Mile Creek and miles of surrounding forest land, Camp Warren Oates is well-insulated from Hollywood hype. And that’s exactly what Warren Oates and Sam Peckinpah were looking for when they bought adjacent properties, some from writer Tom McGuane.

Oates was best known for acting in Westerns, including The Wild Bunch (1969), which was directed by Peckinpah. On the ranch, it was almost as if this dynamic duo lived out their films, complete with cowboy and Indian lore, hunting and fishing, and wide-open, starlit skies. Peckinpah’s rustic cabin – with no electricity or running water – is tucked in the woods, surrounded by national forest. Oates’s quaint cabin sits a few miles away next to a rustic wine cellar tucked into a hillside.

After working with Quaid, Oates invited the up-and-coming actor to visit the ranch. The native Texan fell in love with Montana. Quaid eventually bought both properties after Oates and Peckinpah passed away with much of their memorabilia intact in their two respective cabins. He remodeled the two-bedroom cabin and put a screened-in bunkroom right on Six Mile Creek. In the years to come, he built a 5,300-squarefoot main house, the one Couch remembered so fondly.

After almost 30 years of ownership, Quaid decided to put his ranch on the market. Ultimately, he relied on Tracy Raich of Raich Montana Properties, one of the top brokers in the coveted Paradise Valley market.

“It’s a complicated property with all these different parcels, different types of land, and structures from different eras.
I spent a full week crunching numbers and talking to ranch appraisers,” Rauch says.

When Couch found himself in Montana last summer, he decided to check out properties. On a friend’s recommendation, he called Ryan Flair of Fay Ranches. 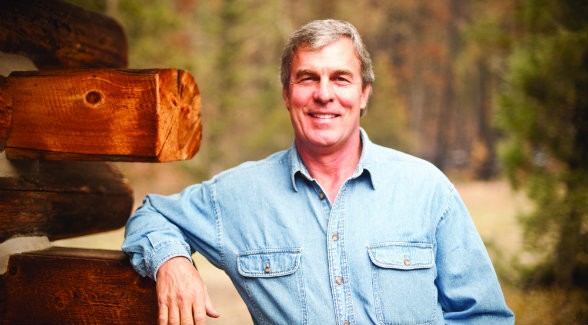 Blue Ridge Companies CEO David Couch is proud to carry on the legacy of stewardship that dates back to Tom McGuane and includes Sam Peckinpah, Warren Oates, and, of course, Dennis Quaid.

“David knew what he wanted to look at: properties with views, water, and within a good proximity to cultural centers,” Flair says. “He’d heard about the Quaid Ranch and remembered seeing it in Architectural Digest. He was more than a little curious to take a look and see it firsthand. We ended up spending four or five hours walking the property and learning about its rich history. The next day we went right back.”

Couch was captivated by the setting, intrigued by the history, and the main home was even better than he remembered.

With its many cabins, not only could Camp Warren Oates accommodate plenty of family and friends, but his 17-year-old
son, Andrew, loves hunting and fishing, and his 20-year-old daughter, Sara, would enjoy the close proximity to Livingston
and Bozeman.

“There was great energy and history here, and it was just begging for people to enjoy it,” Couch says.

Another big appeal was the fact that Quaid was selling the ranch as is. “It was a turnkey opportunity, furnished and stocked. All I needed to do was pack a toothbrush, and I could move right in,” Couch says.

Quaid decided to leave everything from the bedding and the workout equipment to dishware and memorabilia from the Oates and Peckinpah days. He even included the ranch vehicles in the bill of sale.

“Dennis wanted to make sure to leave the history intact. That was really important to him. Sam’s Cabin is like a museum, and Dennis never moved anything. It’s so special and near and dear to his heart,” Raich says.

Within days of a first look, Couch made an offer. Not long afterwards there was a meeting of the minds. Everything was on track for a smooth closing. Then Mother Nature struck.

A wildfire had been smoldering high on Emigrant Peak. After lingering for weeks, it blew up, threatening to engulf Camp
Warren Oates. The Emigrant Fire was a nail-biter for all involved.

“It looked like an atomic bomb went off behind the ranch. The fire went from 600 acres to 8,000 acres in five hours,” Flair says.

Firefighters responded ASAP. Sprinklers were turned on all over the ranch. It was all hands on deck. A furious effort was required to save Sam’s Cabin, which came perilously close to catching on fire. Fortunately for everyone, the only casualties were burned brush and charred trees. Quaid made a point of personally thanking every firefighter for saving the day.

“This is what happens at high elevation with lightning storms. If buyers want to enjoy our Western way of life in the Paradise Valley they have to accept this. That’s what I told David. This is Mother Nature,” Raich says.

By September, Couch moved in. He still can’t believe the irony of owning the ranch he read about years ago. “I plan to keep this in the family and share it with friends,” he says. “It brings me a lot of joy to be able to share this with people who have been instrumental in my life.”