It comes as no surprise that Boone Pickens’ Mesa Vista Ranch, home of the world’s finest quail hunting, is also the site of a world-class kennel. Boone Pickens started “dog rich” and has held his course. “Back when I couldn’t… 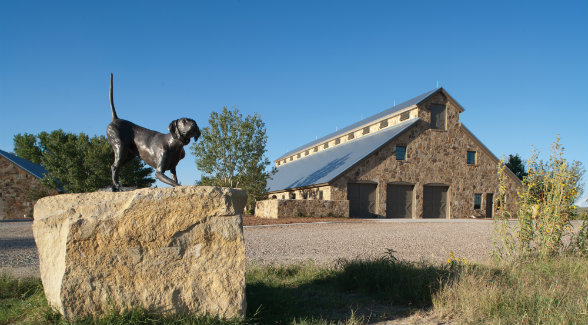 It comes as no surprise that Boone Pickens’ Mesa Vista Ranch, home of the world’s finest quail hunting, is also the site of a world-class kennel. 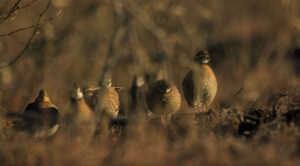 Year in and year out, Mesa Vista ranch boasts some of the country’s most consistent bobwhite hunting. Most years, 20-covey days are the norm.

As his acreage expanded, so did his kennel. Nowadays, the founder and chairman of Dallas-based BP Capital kennels around 25 pointing dogs, a couple spaniels, and 13 Labrador retrievers at his 64,000-acre Mesa Vista Ranch on the Canadian River in Roberts County, Texas. 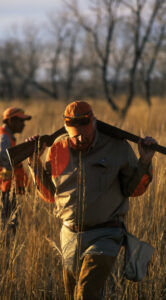 “I’ve always felt that to be wealthy is to have an abundance of something you really love.” – T. Boone Pickens.

Pickens is a hardcore bobwhite quail hunter, and manages his ranch accordingly. Most years, he and his guests hunt 50 to 60 days. Twenty-plus covey days and 15-bird limits are the norm. According to Ranch Manager Keith Boone, nearly all of the ranch is excellent bobwhite habitat. Not content to depend on timely rainfall alone, Pickens bucks convention – and standard advice from wildlife managers – with some 25 miles of buried drip line that creates regular pools and seeps to ensure abundant moisture during dry years. The extra water stimulates growth of excellent brood-rearing habitat and ensures a population of protein-rich insects for growing chicks.

Although Pickens readily admits that under ideal conditions quail hunting on the South Texas plains is as good as it gets, he insists that year in and year out, and especially under his management plan, the Texas Panhandle is more consistent. His records back him up. During drought years, when even the best South Texas hunters hope to get three or four coveys, if they’re bothering to hunt at all, Pickens and his guests often enjoy a dozen or more coveys a day. Furthermore, the cold Panhandle winters send rattlesnakes underground during quail season.

Under these conditions, any bird dog that makes the team will point thousands of quail over an eight- to ten-year career. Likewise, Mesa Vista retrievers and spaniels retrieve more downed birds in a couple seasons than most gun dogs retrieve in a lifetime. 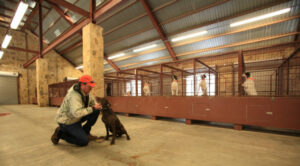 Keith Boone checks a dog for cactus spines and sandburs after a hard day afield.

All Mesa Vista pointing dogs come out of famous bloodlines. In recent years, Keith has been partial to the Miller’s Chief and Guardrail lines, but he’s always on the lookout for talent. Although he keeps a few English setters and, recently, a big-running German shorthair that Pickens likes, English pointers – archetypal Texas bird dogs – are the workhorses. “We’re looking for stylish, hard-running dogs that work no farther than 300 or 400 yards out,” Keith says. All the pointing dogs wear electronic collars to ensure good manners, and molded rubber Lewis boots for protection from sandburs and cactus. Long-tailed pointing dogs wear tail flags for easy location.

Although Keith often raises litters of Labs and now favors his homegrown line, most of the pointing dogs come from elsewhere. An outside pro trainer instills basic obedience and introduces pups to birds and gunfire. From that point, Keith and two Mesa Vista dog handlers finish the training.