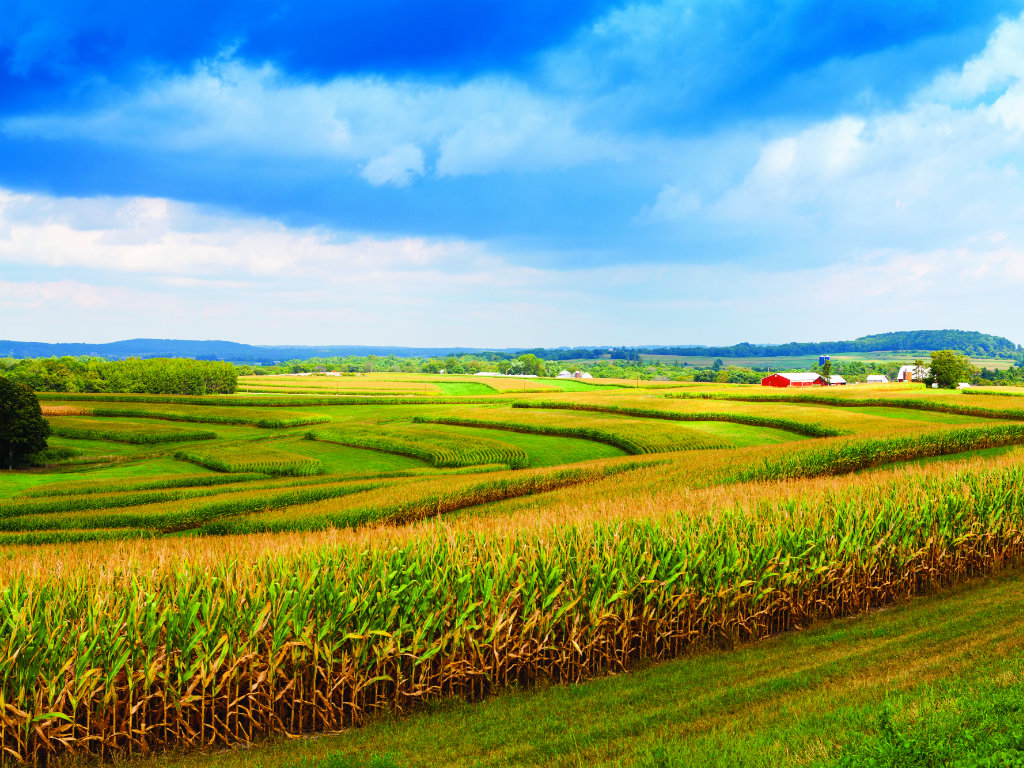 A new coalition of farmland owners and operators will introduce a sustainable agriculture standard in 2020.

If Earth is our home, then the kitchen takes up half our house. According to the World Bank, 50 percent of the world’s habitable land is dedicated to agriculture uses. In essence, our planet is a giant food production system that feeds 7.8 billion around a very large dinner table.
Yet because of vast disparities in soil, climate, elevation, and food types, there never has been any global recipe for how agriculture should operate sustainably. A standard that works for peanuts in Georgia might not be as fruitful for apples in Washington, let alone tomatoes in California.
A new entity has set out to remedy that discrepancy. Since June 2017, a coalition of companies that farm, own and/or manage farmland and two environmental organizations has endeavored to create a comprehensive sustainability standard that can be implemented across the greatest portion of agricultural acreage possible. The standard will operate as part of a newly formed nonprofit organization called Leading Harvest, which debuted in January 2020 at the Land Investment Expo in Des Moines. Leading Harvest’s formal launch at Global AgInvesting in New York City coincided with Earth Day (April 22).

“There has been a shift through the years toward environmental sustainability. That has become a major focus,” says Steve Bruere, president of Peoples Company, a farmland brokerage and management firm that is one of the sustainability coalition’s inaugural members. “We have tried to address that in our farm management business, but the farmland industry has lacked a common standard that works across various regions and different crops. So the idea is to create a flexible standard that will work not only in the US but potentially around the world by creating a common measuring stick to judge what sustainability means and what boxes need to be checked.”
Peoples Company is one of the 13-member Sustainable Agriculture Working Group (SAWG) that has been formulating this new standard over the last two years. Other members include AsIS Capital, Ceres Farms, Cottonwood Ag Management, Hancock Natural Resources Group, International Farming, Lamb Weston, Nuveen/Westchester, PGIM Agricultural Investments, The Rohatyn Group TRG, UBS Farmland Investors, The Conservation Fund, and Manomet. Combined, the owner/manager members represent approximately 2 million acres of farmland across 22 states and an additional 2 million acres in seven other countries. The members have been working to create a standard that Bruere says “is rigorous and complete, yet also practical and achievable.” The emphasis is on environmental, social, and governance (ESG) that will generate long-term sustainability.
“There has been a growing demand for assurance around ESG, and it starts with the consumers,” says Oliver Williams, head of agricultural investments for the Hancock Natural Resource Group, one of the largest institutional managers of agricultural real estate in the US.
“Consumers are more interested in knowing where their food comes from, how it’s produced, and whether it’s fundamentally safe. So what we have seen across the board is an increased commitment by the supply chain around sustainable sourcing. But the lack of a universal standard has been problematic when attempting to provide the assurances consumers want. We believe this is a practical application that will ultimately have a profound impact on raising performance as a whole,” Williams says.
The standard is performance-based and is designed to help land managers achieve sustainability through continuous improvement. It addresses 14 principles that represent key issues regarding sustainable farming operations, from soil health and conservation and water management to community involvement.
“The question our clients have is, ‘What does sustainability mean? And if you want to be sustainable, how do you get there?’” Bruere says. “We’ve tried to put that together with a standard that will meet the interests of all the stakeholders: farmers, landowners, farming communities, the supply chain, and consumers.”

According to Larry Selzer, the roots of Leading Harvest’s sustainability standard go back to a paradigm shift implemented in the forestry sector more than two decades ago. The president and CEO of The Conservation Fund in Arlington, Virginia, Selzer recalls the poor public perception of the pulp and paper industry in the decades after World War II.
“There were vast clear cuts and land being managed with no concern at all for long-term environmental stewardship,” Selzer says. “Finally, the industry reached out to a number of groups, including The Conservation Fund, and said, ‘We have to be proactive and change the way these forests are being managed on the ground.’ They wanted to give the public the assurance that the land was being managed responsibly.”
This led to the emergence of the first large-scale, natural-resource certification standard nationwide: the Sustainable Forest Initiative (SFI), which Selzer helped pioneer. Today, more than 360 million acres of US forestland is certified to SFI standards, including acreage owned by Land Report 100ers such as John Malone, Ted Turner, the Emmersons, the Reeds, the Irvings, and Peter Buck.
“Over the last 20 years, the SFI has fundamentally and profoundly changed the way forests are being managed on the ground and the way the public understands these working landscapes,” Selzer says. “Working farms are in the same place now that working forests were in then. Not because of bad operations, but in the sense that the public has no window into how these lands are being operated and no assurance they are being operated in a responsible fashion,” he says.
SAWG used the SFI blueprint to create a similar standard for agricultural farmland. While outlining the 14 points of emphasis, SAWG received input from a broad group of individuals and nearly 50 organizations, including environmental leaders, government agencies, university researchers and professors, farmers, co-ops, and agriculture investment managers.

Several members of the working group then field-tested the standard on their own farmland. Bruere says members of the SAWG tested the standard across a wide variety of crops on more than 22,000 acres, including corn, soybeans, wine grapes, almonds, cranberries, pistachios, apples, walnuts, citrus, and peanuts.
Hancock Natural Resources Group, one of the SAWG members who tested the standard with a diversity of its properties in California, Washington, and Wisconsin relied on third-party auditors to verify results and suggest areas of possible improvement. Third-party audit will be a requirement for certification once the standard goes live.
Bruere says one of the reasons he is enthusiastic about this new standard is because it spreads responsibility for sustainable practices throughout all areas of food production and distribution, not just on farmers.
“For too long, people wanted the farmer to address all these sustainability issues,” Bruere says. “So when this working group started coming together, we were excited to see a group of asset owners and landowners come to the table and say, ‘We see ourselves playing a role in this.’ They helped set the tone that this isn’t just about the farmer.”
One of the goals that SAWG has for its new standard is simply to confirm to the public that their food products are being produced in a safe and sustainable manner.
“We have a big team of farmers who are absolutely exceptional stewards of the land, but they tend to want their actions to speak louder than words,” Williams says. “They’ve been all about, ‘Look at what I’m doing, not what I’m saying.’ These days, thanks to increased access to social media, we also need to think about having our words speak as loudly as our actions.”
And, of course, there is always the financial aspect to consider, especially since one of the obstacles cited to widespread sustainability has been cost. But Bruere says this new standard can be followed without affecting potential profits in an industry that, according to the World Bank, produces more than $1.3 trillion of food annually.
“I don’t think environmental sustainability and financial sustainability are a competing interest,” Bruere says.“That was one of the big issues when we decided to enroll the acres that Peoples Company manages into the standard. What we found is that managing a farm in a sustainable manner can also have a positive financial impact. There was a lot of effort in making sure that this standard meets the needs of the investor as well as of the farmer and the landowner.” 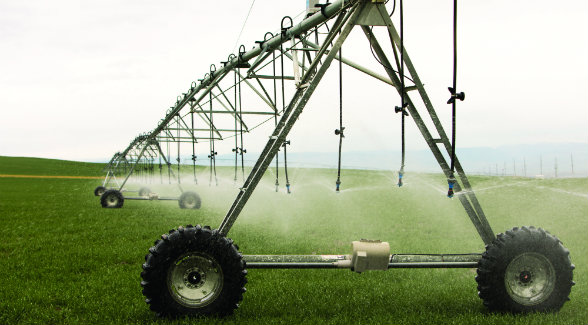 The expectation for 2020 is to more fully implement the standard among the participating members and nonparticipating members and monitor how well it works. The lofty long-term vision is to truly change how working farmland and agriculture operate on a day-to-day basis.
“This is a natural evolution of conservation in this country and for working farms,” Selzer says. “It sets the tone for the next era, which is bringing together the environmental movement and the free-enterprise system. And where they converge on these working farms is really exciting and powerful. That is the way to view this new standard as it emerges in the marketplace. This is the next great leap forward for working farms and agriculture in this country. It will set agriculture on a positive trajectory for the foreseeable future.” 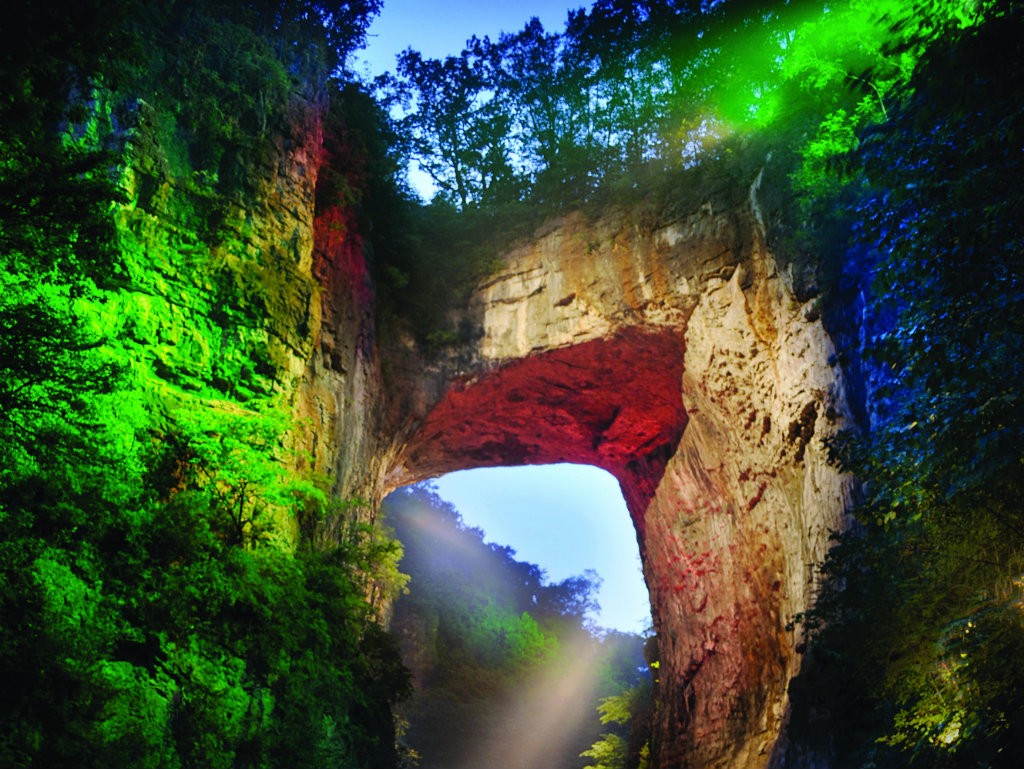