Thanks to less expensive land, lower cost of living, milder winters, and a diverse array of landscapes, brokers in the SOUTHEAST enjoyed a banner 2020. BY CORINNE GAFFNER GARCIA Last spring, as the ramifications of COVID-19 became more and more… 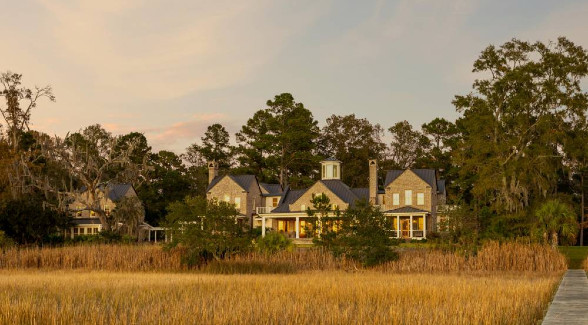 Thanks to less expensive land, lower cost of living, milder winters, and a diverse array of landscapes, brokers in the SOUTHEAST enjoyed a banner 2020.

Last spring, as the ramifications of COVID-19 became more and more apparent, Governor Kay Ivey of Alabama issued a “Safer at Home” order that encouraged Alabamans to stay indoors and observe social distancing during the pandemic. Jonathan Goode of the Southeastern Land Group was not impressed. “When we first heard the governor’s order, my wife and I were frustrated about what it implied: That you’re safer indoors,” the broker recalls. “It’s the exact opposite of what people need to be doing right now. For exercise, mental health, abuse issues — it’s way safer to be outdoors.”

Goode agreed with the governor that social distancing is sound policy during the pandemic — but he added his own twist. He suggested keeping your distance while outside, preferably on your own land. He even came up with his own marketing campaign — “Safer on Your Acres” — which focused on helping clients who want to exercise more control over the safety and security of their families by purchasing land. Goode has been pushing this concept since June, and the results have been nothing short of spectacular: a 50 percent year-over-year uptick in web traffic coupled with increased interest in properties of all sizes and price ranges.

As COVID-19 drives increasing numbers to flee urban density and seek the social distancing that land and smaller communities offer, brokers in the Southeast are seeing a surge in buyer interest for everything from beachy hideaways to timberland and plantations with significant acreage. Since the pandemic, Heath Milligan of Georgia-based Macallan Real Estate has seen a major increase in demand for retreats on the outskirts of urban areas that offer recreational amenities as well as social distancing.

“Generally, buyers are interested in lake houses, beach houses along the Georgia coast, farms, anything within driving distance of up to five hours of major urban areas,” he says. “Hunting properties have also done really well for us over the last six months.”

Jane Brown, a South Carolina-based broker with Live Water Properties, concurs. In a few exceptional cases, buyers snapped up properties she had listed without even seeing them in person. “I’ve definitely seen a sense of urgency this summer. I thought it would slow down once fall started, but it hasn’t,” she says. “It’s mainly people from urban areas or those who rented during COVID or have relatives they quarantined with around here. They decided, ‘I want a place here.’ I’ve had several buyers putting property under contract without seeing it. They’re scared that they’re not going to get something.”

As always, Florida remains popular. “We’ve been getting calls left and right from people looking for their place in the country, 10,000-acre ranches or 10 acres, just a place to get out and not be in a crowd,” says Dean Saunders of Saunders Ralston Dantzler Real Estate. And while the calls are coming from all over the country, Saunders notes that urban Floridians top the list.

“If you live in Florida, and your kids and your grandkids are here, you’re probably not interested in leaving,” Saunders says. “We’ve seen a surge from all over the country, but probably more from South Florida, from Miami, and from Palm Beach. People feel cooped up and want to have some space. They want to get out of the city. And now they can work remotely.”

So why are so many investors opting to buy in the Southeast over other parts of the country? In surveying brokers throughout the region, several key drivers stand out. An obvious starting point is less expensive land. In a similar vein, the typically lower cost of living has proven to be a compelling draw. Also, during winter, a much milder climate prevails. But the principle driver is the land itself. The Southeast covers an enormous swath of territory: from the Virginias up north to the white sandy beaches, orange groves, cattle ranches, and keys down in Florida. The diversity of landscapes that exists throughout the region is irresistible.

CHOICE At Palmetto Bluff, an enclave in the Lowcountry of South Carolina that Live Water’s Jane Brown calls home, the increased demand for beach and waterfront properties has seen a marked uptick this year. Thanks to an extensive list of amenities, the 20,000-acre master-planned community is the sort of retreat where active people can stay active while staying in place. During the pandemic, Brown says it’s felt like a safe haven. “Palmetto Bluff has done a good job limiting access to amenities, and they’ve been very proactive with social distancing,” she says. “We call it the Palmetto Bluff bubble.”

Generations of out-of-staters have long flocked to the Southeast for precisely such a resort and beachfront lifestyle. To others, however, heaven lies farther inland where forested tracts offer superior hunting, fishing, hiking, and riding. The closer one gets to the Appalachian Mountains, the greater the number of such properties. Take, for instance, Georgia’s River Pines Plantation. Heath Milligan of Macallan Real Estate has the listing, which he describes as one of the most diverse hunting tracts in the state. This type of mature timber tract resonates with a buyer who not only craves the great outdoors but insists on recreational opportunities right off their front doorstep. According to Milligan, “One of the unique features of the property is that more than 50 percent of the acreage is old pine plantation that’s laid out as a traditional quail hunting preserve.”

LOWER COST Goode points out that the benefits of buying in the Southeast include a lower cost of living than many other areas of the country. Quite often there are fewer restrictive covenants, and that means more bang for your buck when it comes to acreage. “Our property prices are about $2,000 to $3,000 per acre as opposed to $5,000 to $10,000 in the Rockies,” he says.

Milligan notes that record low interest rates have lured many potential buyers into pulling the trigger. “If someone was on the fence before, they are all in now,” he says. “Interest rates being as low as they are, buyers are really pushing to find a good piece of property.”

Brown points out that venues in the Southeast that offer an extensive list of amenities along the lines of a Palmetto Bluff or a Hilton Head tend to be significantly less expensive than comparable resort communities in California or in the Northeast.

According to Brown, this has led to a seismic shift in the makeup of coastal communities in the Southeast. Once upon a time, Palmetto Bluff attracted an older demographic to the exclusion of younger folk. “Now the average age has dropped to 46,” she says.

YEAR-ROUND VALUE There’s no doubt that the great outdoors — hunting, fishing, hiking, and other pursuits — are readily enjoyed throughout the Northeast, the Great Lakes, the Rockies, and other settings nationwide. But in the Southeast, these pursuits can be enjoyed almost all year long. Given the tectonic shifts caused by COVID-19, this has already had significant implications in rural real estate markets throughout much of the Southeast.

Many snowbirds from the Midwest and the Northeast who regularly flocked to Florida and the Gulf Coast to escape the cold weather for a few months a year can now enjoy their retirement or work remotely wherever they choose. Plummeting occupancy rates in the New York metropolitan area or, for that matter, in downtown Miami or Charlotte’s central business district prove this point. Clearly, going to the office has become a relic of a previous life for millions of Americans.

In April, The Brookings Institution estimated that telecommuting ranked as the fastest growing method of commuting. Up to half of all American workers worked from home, a trend whose gradual development was accelerated by the pandemic.

“This trend of people telecommuting to work is only going to continue to become more and more a part of our day-to-day living,” Goode says. “Especially as 5G broadband access becomes more available in rural communities, telecommuting is going to become an entrenched way of life. Based on what I’m already seeing, people will choose to live on the outskirts of bigger cities like Birmingham or Atlanta rather than be closer in. For some, there’s even a willingness to push the commute further out. And that’s what’s driving my business today.”

So says the broker who wants you to be “Safer on Your Acres.”