Having trouble with your waters? Consider the challenges faced on the Waggoner Ranch: over half a million acres under one fence and not a drop of groundwater. BY HENRY CHAPPELL PHOTOGRAPHY BY WYMAN MEINZER PUBLISHED SPRING 2011 Early last century, Texas rancher… 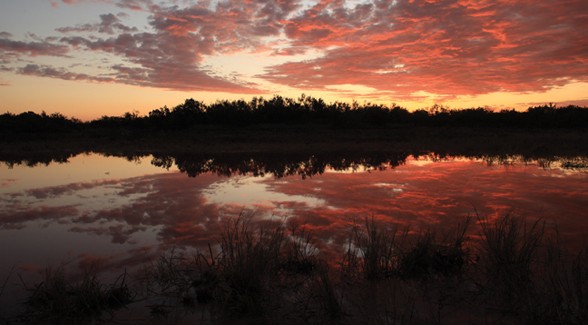 Having trouble with your waters? Consider the challenges faced on the Waggoner Ranch: over half a million acres under one fence and not a drop of groundwater.

Early last century, Texas rancher W.T. Waggoner drilled for water. Much to his disgust, he struck oil instead. His disappointment was simple. It was survival. W.T. came of age in the 1880s and had endured one of the darkest eras in ranching history, the drought of 1885-86. Tens of thousands of cattle perished. Hundreds of thousands more were sold at a loss. Comanches could be fought or dodged, rustlers could be caught and hanged, but drought? It had to be endured.

Half a century after W.T. Waggoner drilled his disappointing (but highly profitable) well, Waggoner Ranch foreman G.L. Proctor declared that no cow should have to travel more than a mile to water on the great ranch. That’s a tall order on the Waggoner, even though the Wichita River bisects the ranch’s 535,000 acres. For all of its natural wealth, the ranch has not a drop of groundwater. Ranch visitors almost always notice the lack of windmills.

They also notice an abundance of manmade stock ponds or tanks, some 3,200 of them, located to take advantage of natural drainage. “We’re still trying to hit that magic figure of a mile or less to water,” says Weldon Hawley, current foreman on the Waggoner. “Drought remains the biggest challenge we face.”

Hawley and his team work with the natural resources conservation commission (NRCS) to design and build tanks that last for decades and require little or no maintenance.

“Your typical Waggoner tank is about 5,000 cubic yards – that’s dirt removed – and will hold about a million gallons,” he says. “They’re usually round, about 14 feet deep, and 150 feet across, with the dam facing south to minimize evaporation.”

Waggoner tank builders look for drainages where runoff has been filtered by grass and other native vegetation. “We like a four-to-one slope,” Hawley says. “a small, deep tank will keep its water cooler. You get a big, shallow tank, and evaporation and siltation will eat you up.”

A core sample is always taken to ensure a clay bottom. Tanks with gravel or sand bottoms don’t hold water. Hawley suggests landowners budget $6,000 to $8,000 for construction of a 5,000-yard tank, with a minimum of one tank per 1,500 acres.

Not cheap, but far cheaper than doing nothing.