Eye on the Big Sky

The best source for the inside scoop on Montana’s ranch markets may well be Clark Wheeler’s annual study. The Flying D, the Broken O, the N Bar — these are a few of the iconic brands that have made Montana… 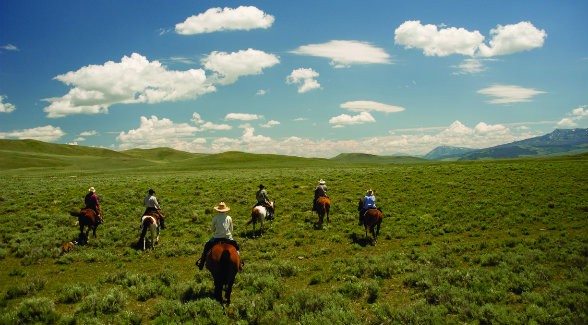 The best source for the inside scoop on Montana’s
ranch markets may well be Clark Wheeler’s annual study.

The Flying D, the Broken O, the N Bar — these are a few of the iconic brands that have made Montana the gold standard for production ranches. And recreational ranches? A similar pedigree exists. All the proof can be found in the hundred or so pages of Norman Maclean’s novella A River Runs Through It.

It’s doubtful that anyone can dissect the trends associated with these properties better than Clark Wheeler. Beginning with his father, Norman, the Wheelers have been appraising ranches in the Treasure State since 1958 (www.ncwheeler.com). Their database spans more than half a century. Each year it is enhanced and then used to produce the firm’s Montana Land Study.

Many brokers have a keen sense for how the Montana market is performing, but Wheeler’s report offers a statistical glimpse at trends in ranch sales and price per acre.

“We all contribute to it,” says Hall and Hall Managing Director Joel Leadbetter. “We’re some of the people Clark looks to in order to get his data. But it’s nice to see it all in one place, and it’s widely read by those with ties to Montana ranch real estate.”

And what stands out in the current edition is the steep decline in total acres sold. “The 2013 data shows a substantial decrease in volume in recreational ranches and production ranches. But this is more about a lack of supply than a lack of demand,” Clark says.

So where have all the ranches gone?

“This business goes in cycles,” says Leadbetter. “There might be five ranches for sale in one valley one year then nothing the next. It’s weird that way. We were in one of those cycles in 2011 and 2012 where we worked through a lot of big inventory. But just recently some new substantial offerings are starting to trickle back into the market.” 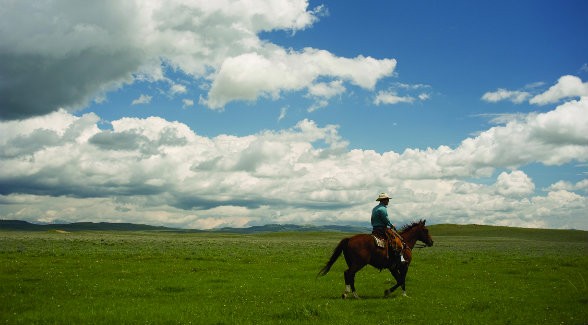 Following the Great Recession, land values in Montana bottomed in 2010 and have steadily increased.

Leadbetter also attributes the slump to key market factors. “For starters, cattle prices are off the charts and interest rates are low, so all the stars are lined up for ranchers to make money. They’re not going anywhere for the time being,” he says. “Also many of these landowners are in it for the long haul; they’re generational ranches that might not come back onto the market in my lifetime.”

Leadbetter also notes that long-term lending requirements affect production ranches. “There’s typically a 50 percent loan-to-value [ratio], so when the market turns south these ranchers have so much equity invested that they’re not just going to walk away,” he says.

Justin Todd of Sonny Todd Real Estate has been immersed in production ranch sales, in particular, on the wide-open flats of Eastern Montana. “We’ve been in business for almost 40 years, and the cycles from Billings east have been pretty steady the whole time,” Todd says. His observation is borne out by Wheeler’s study.

Todd attributes this slow steady growth to the underlying ag value. “These ranchers aren’t buying the land for beauty and serenity. They want cows and good irrigation. That’s why this market didn’t drop because unlike the recreational ranch market it never spiked.”

Todd says that over the last six months sales have been very strong, and he sees the trend continuing. “I think ag ranches are going to continue to have a steady increase in demand and price per acre,” he says.

Greg Fay of Fay Ranches sees value in statistics like those from the Montana Land Study. But he adds that there is a level of subjectivity that can be difficult to measure, especially when it comes to recreational ranches.

“Every ranch is unique, and they all have subjective values,” Fay says. “Within our marketplace you have to be on the ranches on a daily basis to see what generates value, such as the aesthetics, the views, the topography, the quality of the recreation, and things of that nature.”

Fay doesn’t see any issues with the current inventory. Recreational ranches typically don’t hit the market until late spring. And after a record year in 2013 and a strong start in 2014, he is more than optimistic.

“Our statistics at Fay Ranches are more reflective of the fact that we’ve grown as a company,” he says. “In general, there’s a nice slow recovery happening right now in Montana, and I like to see that. It’s the spikes in the market that scare me.”