A sea of water rights is the highlight of this 33,777-acre Central Texas sanctuary, which balances endangered species and stewardship with industrial resources and productive agriculture. It defies the imagination, the story that Tommy Hodges is sharing. “That’s right. From… 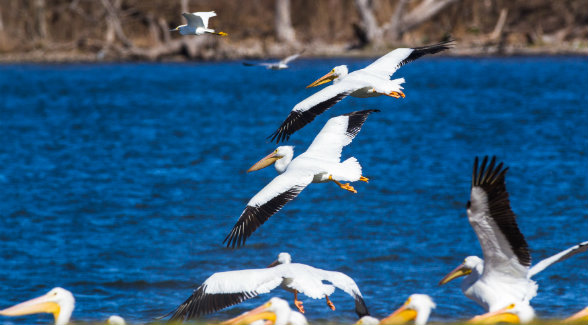 A sea of water rights is the highlight of this 33,777-acre Central Texas sanctuary, which balances endangered species and stewardship with industrial resources and productive agriculture.

It defies the imagination, the story that Tommy Hodges is sharing. “That’s right. From the 1950s through the 1960s and 1970s and into the 1980s, this Alcoa plant was one of the largest aluminum smelters in the world. In our prime, the complex employed more than 2,400 people and produced a pound of aluminum every 11 seconds,” he says.

Tommy’s words are hard to swallow because at this very moment we’re watching a pair of nesting bald eagles take flight just a stone’s throw from the industrial complex that was the epicenter of Alcoa’s operations.

“They typically feed in those wetlands right below their nest. Plenty of little critters down in there. But what they really like is the tilapia in the cooling lake. Must be like sushi to them,” he adds. 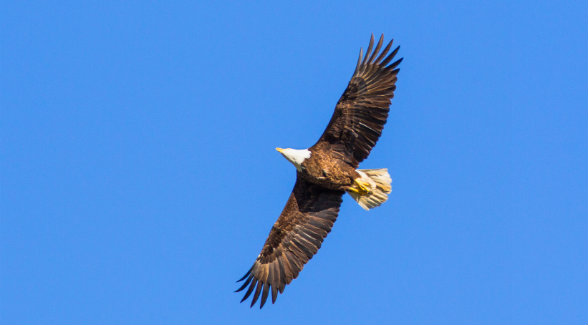 Spring has sprung in Central Texas, and we’re at the start of a six-hour tour. Tommy tells me that’s about enough time to see less than half the 50-square-mile property.

He pilots his Suburban down a dirt road along the eastern edge of the ranch and then points toward a thick clump of trees.

“Over here on the right, you can see the natural buffer that lines the perimeter of the property,” he says.

Pecan, hickory, and other hardwoods tower above a dense canopy of cedars, mesquite, and other invasive species. Impenetrable scrub and lack of sunlight hinder ground cover of almost any sort.

“Now, on the left, you’ll get a good view of one of the reclaimed pastures,” he says.

In the near distance, a gently sloping carpet of crimson clover and white clover undulates down to a shimmering sliver of blue water. Along the shore, a flock of wood ducks is barely visible, paddling about.

“This clover packs a lot of nitrogen, which is just what this soil needs in early spring,” Tommy says. That was the comment that did it for me. I hit the brakes. Not on the Suburban but on our conversation. 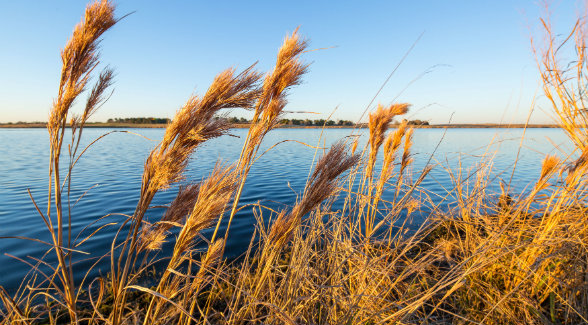 In 1998, the Department of the Interior honored Alcoa for its rehabilitation of the Sandow
Mine as “the Best of the Best.”

Tommy’s business card clearly states his position: Energy Manager. Yet for the last 30 minutes, the man has been all about touchy-feely, tree-hugging notions such as increased biodiversity, habitat enhancement, and land rehabilitation. When he drops the term “approximate original contour,” I push the Pause button. I’ve never heard the phrase. He quickly explains.

The New Mexico native signed on with Alcoa in 1978 and was posted to Sandow Lakes Ranch in 1983. Back then, Alcoa’s primary focus was mining the lignite coal that powered the smelters. But the Alcoa team was also charged with creating a new terrain, one that had the “approximate original contour” of the ranch itself.

On the advice of soil specialists, Alcoa took the hard-packed clay that formed the traditional topsoil and replace it with loamy dirt unearthed by mining operations. The result? Simply stunning. The new topsoil exceeded Mother Nature’s best-laid plans.

Whereas the original clayey soil was slow to drain and inhospitable to all but the hardiest plant life, the rehabilitated terrain is fertile ground for productive agriculture.

“Last year, we produced 15,000 round bales without a drop of irrigation water,” Tommy says. When I ask him the ranch’s true capacity, he shrugs off the question. 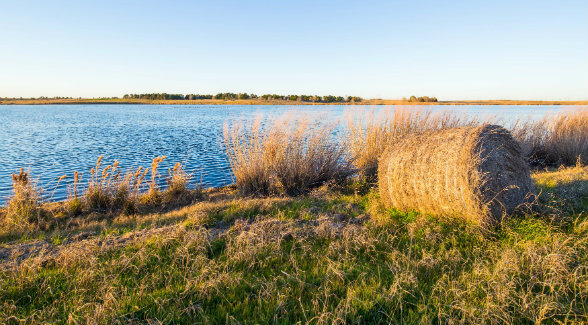 The current production of round bales is at a fraction of true capacity.

“Three times that amount? Four times that amount? 50,000, 60,000 bales? I don’t know. We grow enough to pay the property taxes. That’s it. And if Alcoa grew much more, it would kill the market for round bales in who knows how many counties nearby. I won’t let that happen,” he adds.

That’s not the story I anticipated when I first learned of Sandow Ranch Lakes. What I expected was a slick presentation from a Fortune 500 press agent. What I got was a good neighbor to a lot of folks in Milam, Lee, and Bastrop Counties whose stewardship has been recognized by the Department of the Interior as “The Best of Best.”

Alcoa’s stewardship goes well beyond soil and grass, wildlife and waterfowl. It also includes the ranch’s most valuable asset: water. The 14 lakes on Sandow Lakes Ranch cover 1,960 surface acres and contain 48,379 acre-feet of the all-important resource. That’s just the start. Another 44,000 acre-feet of ground water is currently permitted from the Simsboro Aquifer. But wait – there’s more.

An additional 14,000 acre-feet can be permitted out of the Simsboro Aquifer, which brings the groundwater total to 58,000 acre-feet. If that weren’t enough, yet another source flows right through the ranch. Sandow Lakes Ranch has 1952 diversionary rights from the Little River for another 18,000 acre-feet. 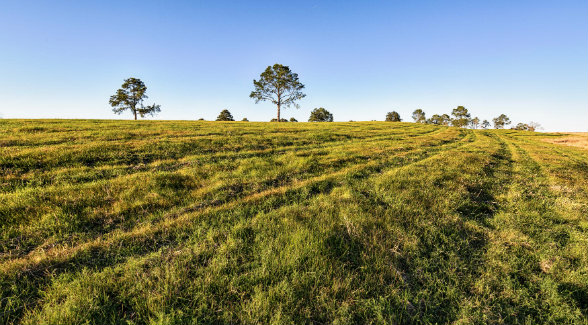 Rich pasturelands can be utilized to run cattle or converted to produce row crops.

All told, this ranch controls more than 120,000 acre-feet of water just 35 miles from Austin, 70 miles from Waco, 100 miles from San Antonio and Houston. That’s right. Smack dab in the middle of a state that is projected to double in population by 2050.

In the second half of 2016, however, Alcoa is scheduled to separate into two standalone, publicly traded companies: an upstream entity that retains the Alcoa name thanks to its strong history in the aluminum and alumina markets, and a downstream value-add company called Arconic that will provide high-performance multi-material products. Sandow Lakes Ranch? It will be a part of neither. It is to be sold. 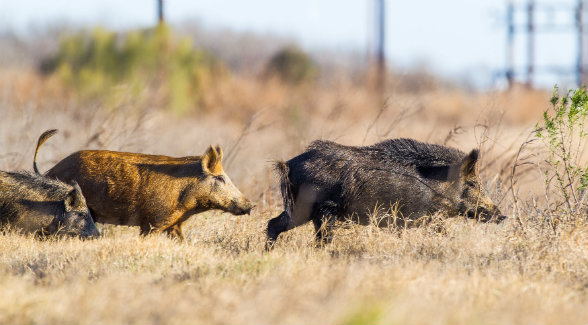