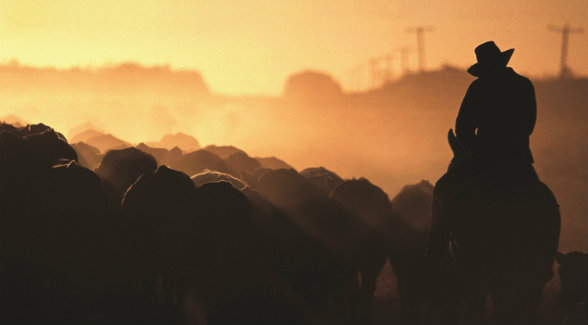 DOWN UNDER. A favorite emerges in the contentious boardroom brawl for Australia’s largest cattle empire.

A group of Australian ranchers has withdrawn its offer for the country’s biggest cattle empire, S. Kidman & Co., leaving the way clear for mining billionaire Gina Rinehart and a Chinese conglomerate to emerge successful in their joint bid for the iconic company.

The exit of the BBHO Consortium, which included four of Australia’s wealthiest ranchers, promises to end an 18-month saga over the ownership of Kidman, and comes after Ms. Rinehart’s Hancock Prospecting Pty. Ltd. and Shanghai CRED Real Estate Stock Co. lifted their bid to $386.5 million Australian dollars (US$293.6 million), from their earlier A$365 million offer.

“The BBHO Consortium advises that it withdraws its previously announced bid for S. Kidman & Co. following the receipt and unanimous recommendation of a superior offer by the Kidman board,” the group said. “We are disciplined investors in Australian rural assets and made what we believed to be a full and fair offer.”

The Chinese—Australian consortium still requires regulatory approval from Australia’s watchdog Foreign Investment Review Board, but is likely to be successful given that Hancock Prospecting will hold a two-thirds share in Australia’s biggest beef producer, sprawling across an area larger than Ireland. It also requires approval from Kidman shareholders; the company’s board is behind the deal.

The fate of the century-old cattle empire has been a foreign investment flashpoint, with influential lawmakers including the smaller Nationals Party in Prime Minister Malcolm Turnbull’s conservative coalition concerned about the company, some of whose landholdings are located near sensitive areas, falling into foreign hands.

Deputy Prime Minister and Nationals Party leader Barnaby Joyce this week emphasized those concerns in a speech to farmers in which he said concern about foreign agricultural investment was a matter of patriotism, not xenophobia, and warned of the dangers of living in a “rented country.”

“The love of one’s country is best delivered when you own that country,” said Mr. Joyce, who is also agriculture minister, in a speech in the capital, Canberra, watched by Chinese diplomats.

Two previous Chinese-led bids for Kidman were rejected by the government on security grounds and because they covered more than one percent of the entire continent. The Kidman ranches straddle four states and include the world’s largest cattle ranch, Anna Creek Station, located near a strategic missile range.

In launching a $386 million bid last weekend, only slightly smaller than the revised Australian—Chinese offer, the BBHO consortium said it wanted to preserve the heritage of founder Sidney Kidman, revered in Australia for opening up the country’s outback interior to ranching.

Ms. Rinehart said she was prepared to buy 100 percent of Kidman herself if her consortium, Australian Outback Beef, was refused by the foreign investment board, which has been criticized by the Chinese government for excessive secrecy around its decisions.

Since elections in July left Mr. Turnbull’s conservatives with a weakened grip over Parliament, right-wing and independent lawmakers holding the balance of power in the Senate, and skeptical of foreign farm investment, have called for tighter rules covering agribusiness deals involving offshore buyers.

BBHO said it had received a “very strong groundswell of public support” from across Australia, but said it wished the Hancock consortium well. “Should they be successful in completing the acquisition, we look forward to welcoming them as neighbors,” the group said.