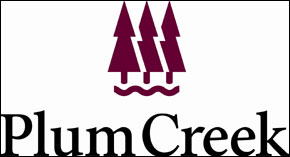 On Monday, Plum Creek Timber Company (NYSE:PCL) reported a 17 percent increase in third quarter earnings to $69 million on revenues of $414 million compared to year-ago earnings of $59 million on revenues of $407 million. At 40 cents a share, the results matched the average analyst estimate, but given the downturn in the U.S. economy as a whole and the housing market in particular, it was an impressive performance for the Seattle-based timber REIT, which owns more than 8 million acres of timberlands in 18 states.

I missed yesterday’s earnings conference call, but the news release at Plum Creek’s website was, to say the least, somewhat subdued given the present economic climate. Take this statement by president and chief executive officer Rick Holley:

Or this one: “Plum Creek enters the final quarter of the year in excellent financial shape.” I’d say. In this economy any company that’s still in business and doesn’t require a government bailout is ahead of the game.