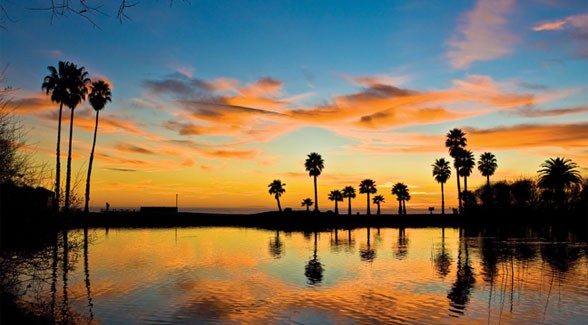 From the Lone Star State to Hawaii and the Atlantic to the Pacific, here are America’s priciest properties, led by $90 million Rancho Dos Pueblos, pictured here, which is listed by Kerry Mormann.

This impressive oceanfront parcel is on the market for the first time in three decades. Spanning 2,175 acres just west of Santa Barbara, California, it’s one of the largest remaining ranches along the breathtaking Gaviota Coast. The 2,000 northern acres are available separately for $19 million. Kerry Mormann & Associates has the listing.

2. Aspen Valley Ranch: $59 million
Billed as the largest ranch near Aspen in the Roaring Fork Valley, this ranch boasts senior water rights as well as over 800 acres and is located just 10 minutes from the Aspen airport. Joshua Saslove of Joshua & Co. has the listing.

4. Hana Ranch: $55 million
This 4,500-acre working ranch on eastern Maui surrounds the town of Hana. The property boasts two miles of Pacific oceanfront and rises 2,200 feet up the slopes of majestic Haleakala. Dan Omer of Island Sotheby’s International Realty has the listing.

4. Rockpile Ranch: $55 million
At the Rockpile Ranch, the Old West and cutting-edge range management blend seamlessly. For only the third time in over a century, this 55,374-acre cattle ranch in the Davis Mountains of Far West Texas has come on the market. Since 1992, the Rockpile has been owned by McCoy Remme Ranches (No. 51 on the 2010 Land Report 100). James King of King Land and Water is the listing agent.

6. Villa Montana: $49 million
Piecing together 500 acres in California’s wine country is an achievement in itself, one that only a pro such as Joe Montana could pull off. Included on the Hall of Famer’s estate are an equestrian center, a full-sized basketball court, a working olive farm, and a 9,700-square-foot Tuscan-inspired residence. Avram Goldman of Pacific Union International has the listing.

7. Flying Dog Ranch: $46 million
This Aspen landmark sits on 245 acres that include nearly a mile of Collins Creek and Woody Creek. In addition, the Flying Dog has a great neighbor: the White River National Forest, whose two million acres feature some of Colorado’s top fishing and hunting. Lynne Kirchner of AmorÃ© Realty has the listing.

8. Tyndal Point: $45 million
55 acres at the east end of Long Island feature 3,000 feet of shoreline views as well as several residences, a deepwater dock, and an orchard. Scott Strough of Strough Real Estate Associates shares the listing with Gary DePersia of The Corcoran Group.