Where the Yellowstone Goes 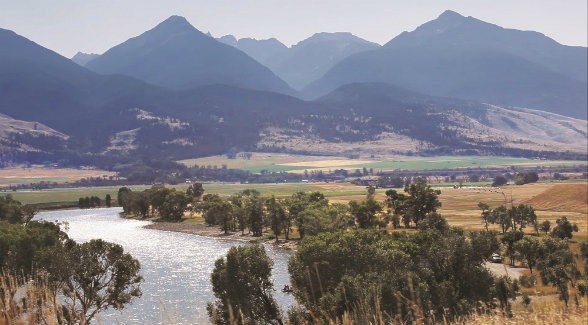 Now available on your iPad – a tour of the longest
undammed river in the Lower 48.

Last year, on a hot August day, four adventurous souls paddled their way down the longest undammed river in the Lower 48. From just outside Yellowstone National Park, they journeyed more than 500 miles down a stretch that few have experienced and fewer can imagine. Where the Yellowstone Goes, a newly released film available on iTunes and at Amazon.com, documents their voyage.

Magnificent fly-fishing scenes mingle with lively sheep runs. Campfire conversation blends with compelling interviews. Say hello to the Cake Ladies, sisters living along the banks of the Yellowstone who bake more than 400 cakes a year for their community. Meet a retired schoolteacher who lives on a small island in the middle of the river. Rejoice with her as she nets her first catch since losing her husband, an avid fly-fisherman.

Through these and many other introductions, Where the Yellowstone Goes offers insight into the ways this river exerts a powerful influence. People depend on it — for recreation, to relax, and for sustenance. Families enjoy a weekend of fishing. Farmers battle to maintain delicate riparian zones. Ranchers eye their waters. That’s the premise of Where the Yellowstone Goes, which pays tribute to one of the last intact corridors of water in America. The film gently reminds us why we must fight for the health of this and other great American waterways.

Director Hunter Weeks (10 MPH, Ride the Divide) was inspired to make a film about Montana from the moment he moved to Bozeman. After learning about the Yellowstone from Montana native Robert Hawkins, Weeks hatched the idea of documenting this journey.

“I was inspired by Montana, where the landscape still felt untouched,” Weeks says. “I’d known about the river in vague ways but thought that a project like this could teach us about the different stages of a river that covers this much territory.”

From the headwaters at Younts Peak in the Teton Wilderness, the Yellowstone River runs through some of the most spectacular and remote sections of Yellowstone National Park. It travels through the pristine Thorofare section, dumps into Yellowstone Lake, and then winds through the scenic Hayden Valley, the Grand Canyon of the Yellowstone, and Black Canyon, before leaving the park in Gardiner, which is where the film begins.

In the research phase, Weeks consulted with Michael Leach, an environmental educator who knows the Yellowstone well. “There is no more important river or watershed than the Yellowstone,” Leach says. “I think it’s the wildest, most pristine, intact river corridor we have left, and I think that makes it the most significant and important in the U.S.”

Many people know that Yellowstone was the country’s first national park. It is still the most popular. Yet the Yellowstone River and its importance are relatively unknown, even to locals. “Initially I saw it as a cool hook for a film – a long river trip on the longest undammed river,” Weeks says. “Then I learned about the environmental concerns there, and thought about what it all really means.” What Weeks learned, with help from Mike Sprague of Trout Headwater Inc., is that the Yellowstone River can serve as a great example of rivers everywhere. “I realized that many of the concepts we were to look at through this film would apply to many different areas,” Weeks says. “And that was very appealing.”

After discussing the project in depth, Sprague jumped on board as the marquee sponsor. “I thought it was a great idea,” Sprague says. “We didn’t make this to generate revenue; we thought it fit with many of the things our company cares about.” Along with financial support, Sprague was able to offer his knowledge of water systems to the planning process. Weeks signed on more sponsors, carefully selected a small group of river runners to serve as boat guides and cast members, and away they went.

The Yellowstone is a far cry from the waterway Lewis and Clark first explored in 1805. That became especially apparent last July when an ExxonMobil oil pipeline ruptured. Weeks and his team embarked a month later. This ecological disaster features prominently in the film as landowners explain how the spill has affected their lives and their livelihood. During these clips, cleanup crews keep a watchful eye on the boats and camera crews.

Episodes such as the ExxonMobil spill are part of the dynamic that makes the Yellowstone, and other rivers, ever-evolving resources. “I think change is constant, and the Yellowstone will change,” Sprague says. “It’s up to us and to future generations to decide how it changes and how we conserve or protect this resource.”

Sprague’s goal in backing the film is much the same as his mission with Trout Headwaters: to help landowners improve and enhance the health and well-being of their water systems. (See “The Driving Force of All Nature? Water!” Land Report Summer 2012.) Sprague feels it imperative that landowners and other vested parties work together to better our waters. “We all share the resource – that’s the wonderful thing about water – so many people have spent time around it and depend on it, and that will only grow over time. 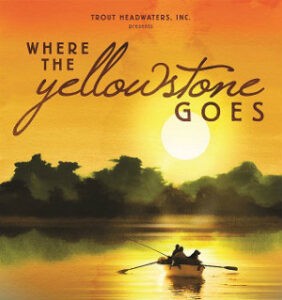 Based in Bozeman, Montana, Corinne Garcia freelances for Marie Claire and Country Living.