1.2 million acres of grassland have been plowed under, one of the many unwelcome byproducts of the EPA’s Renewable Fuel Standard. Green energy. It sounds so environmentally friendly, so ecosensitive, so … green. What’s not to like about a fuel… 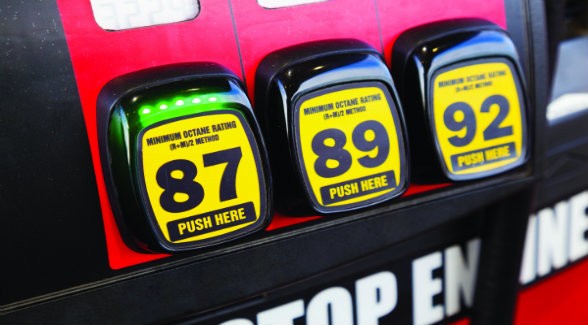 1.2 million acres of grassland have been plowed under, one of the many unwelcome byproducts of the EPA’s Renewable Fuel Standard.

Green energy. It sounds so environmentally friendly, so ecosensitive, so … green. What’s not to like about a fuel that is manufactured from a renewable resource such as corn? On top of the many perceived positives, American farmers just happen to be the world’s most productive as well as the most innovative. Corn-based ethanol seems like a total no-brainer, right?

That was precisely the rationale behind the EPA’s Renewable Fuel Standard, which was put in place by the Energy Policy Act of 2005 and updated again in 2007. In essence, the Renewable Fuel Standard is a federal program that requires transportation fuel sold in the U.S. to contain a minimum volume of renewable fuels. Starting with minimal amounts, it was to be increased each year until it reached a whopping 36 billion gallons by 2022.

The initiative kicked Midwest farms into high gear. Multibillion dollar subsidies encouraged sky-high production. For the first time in decades, farmers enjoyed a long-overdue spell of prosperity. As reported in these pages, land values in the best markets (and secondary ones as well) skyrocketed.

The program was good for farmers, good for consumers, good for the environment, and another step toward energy security for the U.S. economy. Or was it? Eight years after the bill became law, a different picture has emerged.

On Nov. 15, the EPA proposed to lower the amount of corn ethanol to be blended into the nation’s fuel supply from 14.4 billion gallons to 13.3 billion gallons in 2014. The news was welcomed by widely divergent political interests, including Tea Party members, ranchers, sportsmen, and stewards of the land. 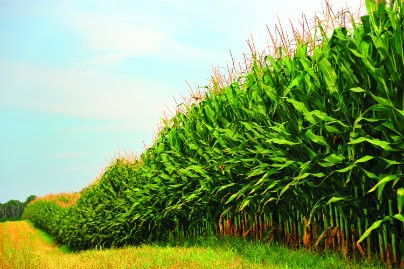 Following the passage of the Renewable Fuel Standard, the amount of corn used to fuel ethanol production almost tripled from 14 percent in 2005 to 41 percent in 2012.

Although the Renewable Fuel Standard was put in place with the best of intentions – to make the U.S. less dependent on imported petroleum, reduce greenhouse gas emissions, and encourage U.S.-made renewable fuels – it has been a source of increasing controversy. And the principal culprit has been King Corn.

According to a recent Associated Press investigation, over the last three years, the leading use for domestic corn has been not as a foodstuff nor as fodder but as a transportation fuel. Agricultural lobbyists complain that cattle raisers and feedlot operators have been squeezed by high prices. Oil industry lobbyists and automakers contend that older vehicles can’t handle anything higher than 10 percent ethanol. Those with strong ties to the land – hunters, fisherman, and conservationists – also decry the program. Their beefs are many.

To keep up with the ever increasing demand of the Renewable Fuel Standard, Midwest farmers have broken ground wherever possible, resulting in the conversion of more than 1.2 million acres of grassland to corn fields. According to the Associated Press, this massive conversion has proven to be a perfect example of biodiversity in action, specifically, how one small change in the environment can set off a chain reaction. Plowing up almost 2,000 square miles of grassland has resulted in the loss of a substantial amount of wildlife habitat. Breaking new ground also releases natural stores of carbon dioxide into the atmosphere, which is exactly what the biofuels movement is trying to prevent. It has also led to an extreme spike in fertilizer runoff. The latter causes excess nitrogen to cascade down the Mississippi River and into the Gulf of Mexico. This pollution has a profound impact on all aspects of marine life, from sportfishing to oyster farming.

The ethanol industry and its supporters vehemently dispute many of the environmental claims raised by the Associated Press. But a growing body of evidence makes it clear that a system designed to promote green energy needs to “walk the walk.” There is a growing consensus that the current standard needs to be reworked.

But in what way? And how will this affect the farmers and the landowners who have invested billions of dollars to meet the EPA’s demands for corn ethanol?

Step one took place in 2012 when Congress let the longstanding multi-billion-dollar ethanol subsidy expire. Still, farmers are making a good living growing corn. As of November, the EPA is working towards easing the Renewable Fuel Standard and reducing the amount of blended biofuels by 3 billion gallons in 2014. On Capitol Hill, many are advocating the elimination of the corn ethanol mandate altogether. This has the potential to be a battle royale, pitting farmers against ranchers, the oil industry, and auto manufacturers.

And the environmental impacts of this debacle? They are still being measured. In addition to the costs of more monitoring, funding for mitigation is already being discussed.