Mark Rivers knows a thing or two about branding. At a recent sit-down with him in Dallas, he wasn’t shy about discussing the marketing gold he’d discovered with Sweetens Cove.

“What makes brands great are oftentimes stories, and this particular business passion of ours is story on top of story,” Rivers says. Sweetens Cove stands out in the world of celebrity spirits brands for its multitude of compelling stories. The investment team behind it, Peyton Manning and Andy Roddick among them, is impressive for their cumulative celebrity alone, but the bourbon itself is also superior to much of the star-studded booze that proliferates today.

Perhaps most unique for the brand, its identity is built entirely around a small piece of land and the nine-hole golf course that occupies it in rural Eastern Tennessee. Much has already been written about the Sweetens Cove Golf Club, which outshines major championship venues in some rankings, and plenty of spirits writers (myself included) have extolled the exceptional quality of the whiskey. But how and why an out-of-the-way golf course came to inspire one of the hottest new whiskey brands is another story altogether.

It started in 2018 when Rivers and Skip Bronson, who head up The Bronson Companies, began searching for a new real estate project with something special at its core. They had just begun work on the Driftwood Ranch Club in Austin, so a golf course was top of mind. Billed as “Texas as you always imagined it,” the 800-acre development features the first new 18-hole golf course constructed in that part of Texas Hill Country in 15 years. For their next course development endeavor, they brought on board Andy Roddick — the former tennis star is an avid golfer — and turned their ambitions toward something less traditional, a 9-hole model without the sprawling clubhouse and view-obstructing condominiums. For that project, Mark had planned to enlist the services of course designer Rob Collins for a new build, but Rob persuaded him to look at the potential that already existed in a unique, but struggling, track outside of Chattanooga romantically dubbed Sweetens Cove. Some members of the team were more open minded than others.

“A nine-hole golf course in South Pittsburgh, Tennessee? Is that our big idea?” Andy recalled asking Mark back in 2019. “There’s something there,” Mark insisted. “You just have to go see it for yourself to understand.”

Ground had broken on Sweetens Cove back in 2011 at the tail end of the Great Recession. Few, if any, golf courses were being built. In a previous life, it had been a lackluster municipal course, but Rob and his business partner, Tad King, saw enough promise in the place to take it on as the first project for their new design firm, King Collins Course Design. Inspired by some of the greatest courses in the country, it was meant to be, foremost, a strategic course with the kind of undulating and unforgiving terrain that makes it both beautiful to look at and humbling to play. Its crude “clubhouse,” a shed bought at Lowe’s, and portable toilets for restrooms spoke volumes about the priorities of its designers and owners, points not lost on an increasingly enchanted fan base. Even professional golf course critics have, at times, described Sweetens Cove as the essence of the game distilled into purest form and function. When Mark arrived in 2019, the exceptional nature of the property was easy to see.

“It was technically spectacular and punching well over its weight,” Mark says, but after talking to the owners, he came away feeling that for all their passion, the course was financially “an endangered species.” Mark offered a partnership on the spot to ensure financial stability. He and his team thought Sweetens Cove could truly be a world-class course, but what they didn’t know then was that the idea of Sweetens Cove could lend its allure to something even bigger.

Mark’s investor group grew with Tom Nolan, former head of Ralph Lauren Golf, and eventually, Peyton Manning. Despite being one of the last to join the team, the NFL Hall of Famer and former University of Tennessee quarterback, who has several investments in the state, added significant credibility to the partnership.

So much about the course impressed its new owners, from its secluded beauty to the charm of the spartan amenities, but when the team finally hit the links, one tradition seemed to sum up everything that made the course so special. Sweetens had a long-standing ritual that first-timers to the course would take a shot of whiskey on the first hole before teeing off, what regulars referred to as “taking your first shot, before your first shot.”

Visitors would leave bottles. Guests would reuse shot glasses. Bottles were shared with friends and staff. That kind of welcoming authenticity, genuine and unpretentious, was exactly what Rick and Peyton and the others had quickly grown to love about the place. According to Rick, “The lightbulb just lit up. No other course does this. It’s really authentic and truly romantic. It seemed only natural to take that to another level.” And so, the idea for Sweetens Cove whiskey was born.

To create a whiskey befitting such a special place, the group turned to Marianne Eaves, a Tennessee native with an impressive whiskey-making resume. Marianne was, coincidentally, born not far from the course, but she grew up one state north in Kentucky. It was there, during a stint with whiskey giant Brown-Forman, that she became the first female Master Taster, followed by a period as Master Distiller, another first, at Castle & Key Distillery. Her time at Castle & Key, which was resurrected from the ruins of the Old Taylor Distillery, had exposed her to the process of designing a whiskey bigger than the liquid in the bottle, something that embodied a place and its history.

Mark’s goal of preserving everything special about Sweetens Cove really impressed Marianne. And the team’s desire to create a best-in-class Tennessee bourbon was a tempting challenge.

“I think that Sweetens Cove is going to be Tennessee’s Pappy Van Winkle. It’s actually going to be better,” Marianne says.

To sweeten the pot, the team offered her a creative blank check. “We promised to provide her with all of the tools she needed and to stay out of her way,” according to Andy. “She’s become the quarterback of our whiskey team.”

Following the success of the first Sweetens Cove Tennessee Bourbon release in 2020, which was only available in Georgia and Tennessee, another release, nearly three times larger, has already hit shelves in Colorado, Louisiana, Texas, and Kentucky. Plans are already in place to enter several other markets by year-end.

“We wanted to start in a couple of states first and make sure we got it right,” Andy says. By all accounts, that’s just what they’ve done, impressing plenty of spirits critics, myself among them, and teeing up their brand to enter the all-important, on-premise bar and restaurant scene once the pandemic subsides. The success of the whiskey has had as much to do with the quality of the product as it has with the quality of the investors behind it.

Case in point, Peyton has been personally cold-calling boutique liquor stores and visiting bars in Indiana ahead of their expansion there this fall. “I’m in the cold-calling business,” Peyton says. “I do at least get a call back, but the bourbon has to do [the talking] after that.”

You don’t get that kind of dedication from most celebrity spirits backers. “What I love about it,” Mark confides, “is how the well-known people on our team are standing behind the business and pushing it forward instead of standing in front of it and making it all about themselves.”

And what about Sweetens Cove, the golf club? “We’ve stabilized the finances,” Mark told us. “The course itself isn’t a grand jackpot. But we’ve positioned ourselves to make it great.” That doesn’t mean lots of development, however. Since partnering with the original ownership, Mark’s team has made only minimal improvements, including better drainage and a Himalayas-style putting green.

Oh, and there’s finally indoor plumbing. Day passes launched earlier this year have become, unsurprisingly, one of the hottest tickets in golf. “The goal there was to get people playing golf longer and enjoying the course more.”

It remains, as ever, the sort of Tin Cup meets Field of Dreams feel that Mark and his partners stumbled on in 2019, only now there’s an actual bathroom. And you can almost always find among the whiskeys on the first tee a bottle or two of Sweetens Cove. 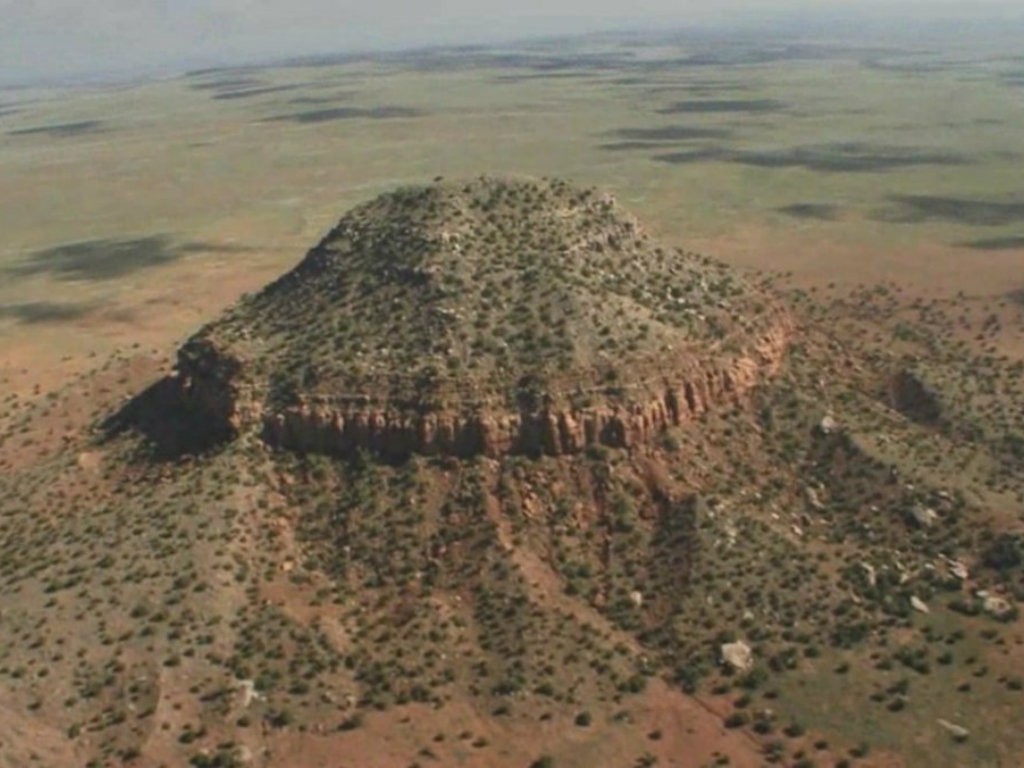