In a massive deal announced earlier today, the State of Florida will acquire almost 300 square miles of the Everglades in and around the south end of Lake Okeechobee from U.S. Sugar Corp. for $1.75 billion ($9,000+ per acre). This… 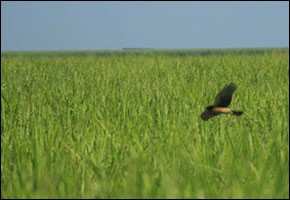 In a massive deal announced earlier today, the State of Florida will acquire almost 300 square miles of the Everglades in and around the south end of Lake Okeechobee from U.S. Sugar Corp. for $1.75 billion ($9,000+ per acre).

This acquisition outdoes the state’s purchase of the 74,000-acre Babcock Ranch in 2006 and dwarfs the last major parcel picked up by the state in the Everglades, the 1999 purchase of the 50,000-acre Talisman Sugar Plantation from St. Joe for $133 million in 1999 ($2,600+ per acre). Currently used for citrus and sugar cane production, the acreage will be re-designated for reservoirs and water-filtration areas. According to news reports, the transaction was negotiated in secret by company officials and the South Florida Water Management District.

Obviously this is great news for South Florida. From an environmental standpoint, it is a mind-boggling deal, one that tackles head-on the issues facing the enormous yet fragile Everglades ecosystem. From the state’s perspective, the principal beneficiaries will no doubt be the millions of Floridians who live in Martin, Palm Beach, Dade, and Broward counties. Little do they realize what this far-sighted acquisition will mean to their well-being. And don’t overlook the political element.

In my mind this cements the standing of Gov. Charlie Crist as the front-runner for the GOP V.P. nomination. Clearly, the guy is sharp. During the primaries, he kept his cards close to the vest, yet when John McCain needed him most and Rudi Guiliani was primed to go down in flames, he gave the Republican nominee his endorsement.

In orchestrating this deal or at least being party to, he shows himself to be a pragmatic leader with strong environmental bona fides. And as we all know, he happens to be from the nation’s largest swing state. (Compare that with losing vice-presidential candidates John Edwards of North Carolina and Joe Lieberman of Connecticut.)