The following is excerpted from “Market Notes,” a series of interviews in the Fall 2008 issue of The Land Report by Trey Garrison featuring some of the top brokers nationwide. The complete version is available to subscribers. “Good quality timberland is selling… 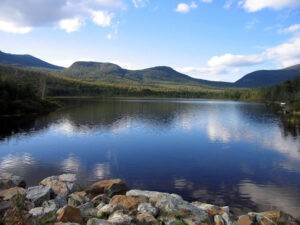 The following is excerpted from “Market Notes,” a series of interviews in the Fall 2008 issue of The Land Report by Trey Garrison featuring some of the top brokers nationwide. The complete version is available to subscribers.

“Good quality timberland is selling all day long,” says Mike Patten of National Farm & Forestry. Patten has been buying and selling land and timber since the 1970s and knows the territory. According to him, individual buyers ebb and flow according to market conditions, but investors of all stripes–institutional, public, and private–continue to look for deals on timberland.

“There’s strong competition for the tracts ranging from 10,000 to 50,000 acres among the TIMOs (timber investment management organizations), REITs (real estate investment trusts), investors–everyone is all over it. Any large tract gets snapped up real quickly if it’s not cut over. But it has to be realistically priced. There’s going to be some distressed properties or bargains. There are some super buys out there from time to time. But timberland hasn’t been affected by falling prices in other sectors. It’s a great long-term investment no matter what’s happening,” Patten says.

Eroding confidence in other types of real estate is another factor driving the increased wave of investment in timberland. So says Jonathan Burt at LandVest. “There’s an awful lot of money chasing more traditional timberland deals,” Burt says. “They’re shying away from retail and strategies where they sell to Baby Boomers. With all of the perceived risks in real estate, there are still a number of bright spots for land investors to pursue.”

According to Burt, these places include undiscovered and/or emerging markets, places like northern Alabama and eastern Oklahoma. “Right now the real play is timberland. Things that are attractive now are things that can generate cash. Buyers realize that liquidity is something that can come and go. Two years ago they could buy property with the expectation there would be a motivated buyer not too far down the road. Now you have to look at holding things longer, so they want the income opportunity. That’s why timberland is getting sexy again,” Burt says.

Corrections & Amplifications
An earlier version of this article incorrectly stated that Jonathan Burt was a forester and project manager for the Institutional Timberland Group. Mr. Burt is a forester and project manager for LandVest. The Institutional Timberland Group is a division of LandVest. The above article has been corrected.