BY ERIC O’KEEFE One of the country’s premier listings, Colorado’s Boot Jack Ranch, sold earlier this month for $47 million. Originally listed at $88 million more than two years ago, the price had been subsequently lowered to $68 million. The Pagosa Sun… 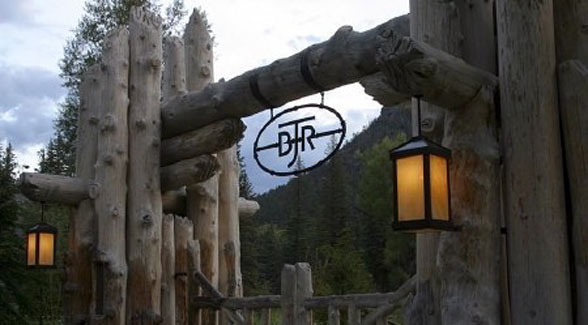 One of the country’s premier listings, Colorado’s Boot Jack Ranch, sold earlier this month for $47 million. Originally listed at $88 million more than two years ago, the price had been subsequently lowered to $68 million. The Pagosa Sun reports a sales price of $47 million, a reduction of almost 50 percent off the original asking price.

San Jose developer David Brown, who is credited with building Silicon Valley’s Golden Triangle, and his wife were the sellers. According to listing broker Bill Fandel of Peaks Real Estate Sotheby’s International Realty in Telluride, the buyer is a Colorado L.L.C. owned by a high net worth individual who plans to keep the Boot Jack intact and not develop it. “We hoped that the buyer would be an end user who would really want to preserve that valley. That’s definitely the case,” says Fandel.

According to the Pagosa Sun, the buyer was BootJack Ranch, LLC, a Colorado LLC with a legal address in Dallas, Texas. Kelcy Warren is listed as manager for BootJack Ranch, LLC in property sale documents. Warren serves as chief executive officer and chairman of the board of directors of Energy Transfer Partners, L. P., a Texas-based energy company with pipelines in six states.

Set at a base elevation of almost 8,000 feet about sea level, the Boot Jack features unmatched views of the San Juan Mountains, world class fly-fishing, and numerous improvements. The 3,151-acre tract is surrounded on three sides by the San Juan National Forest and Weminuche Wilderness and includes seven miles of the West Fork of the San Juan River and Wolf Creek. Two existing conservation easements total 1,322± acres. Six lakes and several ponds all connect to the San Juan. The main residence is a four-bedroom 13,825-square-foot sanctuary with countless amenities, including a library, two private offices, seven fireplaces, and a 1,500-bottle wine cellar. Four additional log cabins accommodate up to 18 guests. Structures on the ranch total 77,200 square feet.

One of the most important assets of the Boot Jack are its senior water rights of 103± CFS, which would yield approximately 70 million gallons per day when fully utilized. At present, 1,162 acres of pasture are irrigated. The ranch enjoys 200 inches of snowfall annually and is situated in close proximity to Wolf Creek Ski Area via U.S 160. Plentiful wildlife roam the ranch, including bear, elk, deer, and turkey; approximately 800 head cattle are pastured each summer.

“There’s a lot of listings out there but only a few truly remarkable pieces of property come on the market,” says Fandel. “The Boot Jack was one of them.”

One comment on “Sold! Boot Jack Ranch Goes for $47 Million”