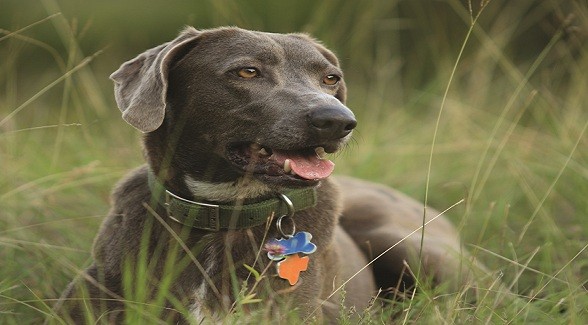 In the heart of cattle country, the Blue Lacy shines.

According to legend, the Lacy line began with greyhound-scent hound-coyote crosses. Each generation’s breeding stock was then chosen for natural herding and hunting ability. The result was a sleek, medium-sized cur that was beautifully adapted to stock herding and hunting in the Texas Hill Country.

The Lacy’s tight, sleek coat requires minimal grooming. In addition to the gun-metal or slate gray color that earned the breed the name Blue Lacy, Lacys can be yellow, red, or tricolored. Hence, the more general name: Lacy Dog.

Although they’ve long been favored by stockmen and hog hunters, Lacy Dogs are gaining a reputation as superb trackers of wounded deer. Good Lacy Dogs tree readily, and, like other curs, they’re typically silent or semi-open on the track, with a hard, chopping treeing bark.

Do:
– Join the Lacy Game Dog Association: www.lacydog.com.
– Select pups from only working lines listed with the Lacy Dog Game Registry: www.bluelacydogs.org.
– Make your Lacy Dog a member of the family.

Don’t:
– Resort to harsh discipline. Despite their grittiness toward stock and game, Lacy Dogs have surprisingly soft temperaments.