Boone Pickens’ 64,672-acre Mesa Vista Ranch in the Texas Panhandle has sold. The western, more improved portion of the ranch, which includes 36,982 acres, was acquired in a transaction that closed on November 30 by an investment partnership that included Bill Kent, an energy executive based in Midland, Texas. A 27,690-acre tract on the east side of the ranch was purchased on September 16 by Travis Chester, a rancher based in the Texas Panhandle. According to Jay Rosser at BP Capital, the total of the two transactions was within 10 percent of the $170 million final asking price. The Mesa

King Estate Winery has acquired Pfeiffer Winery and Vineyards. No financial details were disclosed. Located in Western Oregon, the 70-acre Pfeiffer block is planted in Pinot Noir and Pinot Gris. The acquisition will increase the capacity of King Estates by 15 percent. Nurtured by Bellpine and Dupee soils rich in silty clay and silt loam, the vineyard experiences long sun exposure, a rarity in Oregon. The acquisition builds on King Estate’s status as the largest biodynamic vineyard operator in North America, with more than 50 vineyard partners throughout Oregon and Washington. Read more HERE.

AcreTrader exceeded forecasted returns on the recent sale of 976 acres of Mississippi farmland. Instead of a projected 8.3 percent return, the disposition resulted in a preliminary internal rate of return of 11.4 percent. The property, which benefits from strong water access, attracted several unsolicited offers before selling to the most competitive bidder. The sale is the fifth disposition for AcreTrader in the past year that yielded higher than expected returns. The weighted average IRR of those transactions equals 14.1 percent. CEO Carter Malloy said, “It’s encouraging to see continued growth in land values drive performance for investors, especially in

“Seventy percent of US farmland will transfer ownership over the next 20 years,” according to the Grand Traverse Conservation District (GTCD). To assist new farmers who face both traditional and new challenges, the GTCD created the Great Lakes Incubator Farm (GLIF). The initiative will provide hands-on agriculture training, business planning, and access to resources. Executive Director Koffi Kpachavi identified the need after moving to Michigan and noticing that some farmers reaching retirement were selling their land to developers because they had no one willing to take over for them. Kpachavi went to work to find a solution. GLIF, which takes 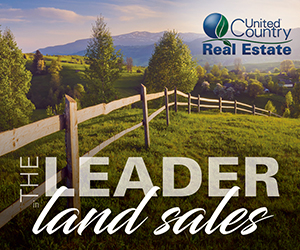 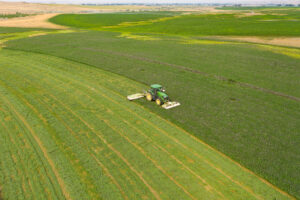 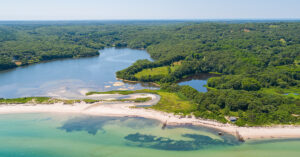 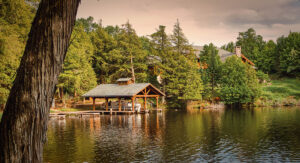 The Seventh Federal District’s farmland values rose 20 percent in Q3 2022. Even when adjusted for inflation, values were up 13 percent, continuing a year-over-year gain for the fourth year in a row. Indiana led the district in Q3 at 29 percent. Despite planting delays in the spring and threat of drought in

Farmland values in the Corn Belt continued to climb in the third quarter of 2022, increasing 20 percent year over year. Credit conditions also improved despite the steep jump in interest rates. Five states in the Seventh District brought in near-record soybean and corn yields. USDA price index for livestock and animal products

A lengthy battle over nearly 1,300 acres of highly coveted, undeveloped coastline north of Malibu came to an end in November when the Trust for Public Land (TPL) purchased Deer Creek from the estate of Harry Mansdorf for $25 million. The acreage will ultimately be added to the adjacent Santa Monica Mountains National

Only a few weeks have passed since an Iowa farmland auction set a new national sales record for $26,250 per acre. On October 27, DreamDirt Auctioneers broke that record when it auctioned a Southeastern Nebraska farm for $27,400 per acre. (The previous record in the Cornhusker State was $17,800 per acre.) The two

Oregon and Idaho Farmland Up for Auction

Peoples Company and AgriBusiness Trading Group will auction three farms in Idaho and Oregon totaling more than 3,200 acres. Sealed bids are due November 30. Diamond Farm (929 acres) in Eastern Oregon is a crop-rich property with ample water and rich soil. Hilltop Farm (664 acres), located in Idaho along the Oregon border,

The Greater Big Bend Conservation Partnership program aims to implement landscape-scale conservation initiatives across West Texas. A joint venture of the Borderlands Research Institute and the Texas Agricultural Land Trust, the program is a cost-share initiative that will reimburse approximately half the expense of qualified conservation practices to landowners in Brewster, Jeff Davis,

Bluestone Sustainable Forest Co. (BSFC) has acquired 29,019 acres of forestland in Michigan’s Upper Peninsula from affiliates of Lyme Timber. Recognized as a critical migratory path for sandhill cranes as well as habitat for wolves, deer, and bear, the acreage will be managed by Anew Climate. While carbon sequestration will be prioritized, sustainable harvesting